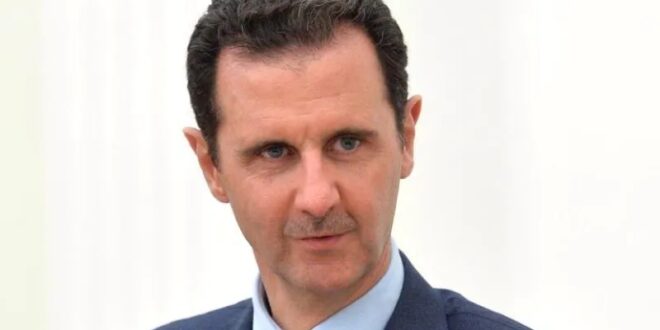 Assad Flogs Off Stolen Syrian Lands To The Ayatollahs

A ground-breaking initiative has been launched to expose Syrian crimes against humanity before the International Criminal Court. For the first time, a primary focus is the culpability of Iran and its proxies.

Lawyers have said that Tehran’s support for Assad had come “at the cost of hundreds of thousands of killed, injured and displaced Syrian civilians.” Evidence will show how Iran-backed militias deliberately targeted non-combatants, forcing thousands to flee and significantly contributing to the more than 13 million Syrians who have been displaced. Meanwhile, observers have documented Russian forces in 2022 systematically displacing citizens through indiscriminate airstrikes against residential areas and civilian infrastructures.

New research published by the Harmoon Centre illustrates how Assad’s forces and Iran-aligned militias, with Russian backing, embarked on campaigns of industrial-scale forced displacement: “Tehran has no interest in the return of refugees” at any point in the future. In Hezbollah-dominated areas near the Lebanon borders, and in eastern regions controlled by Iraqi militias, these paramilitaries have blocked the return of Syrians.

Assad’s obstruction of the return of millions of Syrians includes laws that allow the regime to seize properties and lands of those who fled. Vast urban areas have been handed over to extended families of foreign militias and imported loyalist populations. By returning Sunni refugees to areas under Turkish influence in the north and east Syria, Erdogan is doing Assad’s work for him while also engaging in his own demographic engineering at the expense of Kurdish populations.

Auctions are being held to sell-off huge areas of land. The Syrian Association for Citizen’s Dignity reports how the so-called “Shiite Endowment in Deir Al-Zour” confiscated agricultural lands to “invest in tourism projects for the Iranians and Iraqis”, with mass confiscations occurring under the supervision of the Islamic Revolutionary Guard Corps. Corrupt Iraqi militia factions have pursued land deals “under the cover of reconstruction and rehabilitation.” Landowners who fail to provide documentation or don’t pay the unaffordable fees are summarily dispossessed.

Iran has been purchasing lands and properties at knock-down prices, with large acquisitions throughout strategic areas of Damascus, such as around the airport. Hezbollah has been laundering billions of dollars through real-estate acquisitions, focusing on Damascus and southern regions – a state of affairs which Israel sooner-or-later will militarily address.

Hezbollah already controls vast regions adjacent to Lebanon, some of which have become core areas for manufacturing the amphetamine-based drug Captagon. Hundreds of millions of tablets are being exported, reaping billions of dollars in revenues for Hezbollah and the Assads. Hezbollah dominates south Lebanon, south Beirut and the Beqaa region, and is also investing in property throughout impoverished parts of northern Lebanon, exploiting the dire economic situation to its benefit.

Iran flexes its soft power muscles by converting confiscated Syrian properties into Shia community centres, educational establishments, religious centres and shrines. Unemployed young men are coerced to join Iran-funded militias. Farsi-language departments have been opened in higher-educational institutions. Heavily subsidized courses, with a weighty ideological component, come with additional incentives such as trips to Iran, which are of course exploited for indoctrination purposes.

These initiatives illustrate the gross distortions of Iran’s state budget, which fails to offer the flimsiest of safety-nets for its emaciated populace while funnelling billions through opaque foundations for the purpose of investments in its satellite states and associated paramilitary forces.

The indefinite presence of millions of Syrians has an unsustainable impact on Lebanon, Jordan and Turkey. Lebanon’s vast Palestinian refugee population was a major destabilizing factor in triggering the 1970s civil war. Hassan Nasrallah plays up the Daesh bogeyman, as if all Sunnis are terrorists-in-waiting; but a traumatised and destitute generation that has gone without schooling is the perfect recruiting-ground for extremist groups. These states are sitting on time-bombs created by perpetuating the Syria conflict and massive-scale demographic engineering.

Through mass-displacements, mass-acquisitions and mass-murder, Tehran is making it inevitable that Israel will eventually act in Syria to neutralize this Iranian satellite state – while the world studiously looks away.

Post-1979 Iran has tenaciously pursued the ejection of the US from the region, the eradication of Israel and the establishment of proxies to overrun Arab nations. A few years ago I wrote an article which argued that Iran had stolen more than 20 times the area of Arab land stolen by Israel; and was responsible for more than 100 times the Arab loss of life. Syrian land grabs and demographic engineering are a textbook case of Tehran remodelling the region according to this aggressive expansionist vision; converting Arab nations into failed states. Yet the biggest failed state in the region is Iran itself.

If the Americans do indeed succeed in cobbling together a nuclear deal with Iran, then Tehran will have billions of dollars of additional unfrozen funds at its disposal to purchase Syrian sovereignty on-the cheap and further enlarge its paramilitary armies.

For the financially and morally bankrupt Assad regime, selling stolen Syrian lands to Iran has immediate benefits. Yet what does Assad think he will be left ruling? He may believe he owes Tehran everything, but he has rendered himself a puppet whom the Russians and Iranians can flick aside at will.

Assad desires to return to the Arab fold, but how is this supposed to happen when his own actions divest Syria of its Arab identity?

Arabs once believed it was impossible for Palestine to lose its essential Arab character, yet here we are today facing the reality of Israel. If Syrian leaders, Syrians themselves and the Arab world do not seize this moment, Syria risks becoming every bit as lost as Palestine.

Post Views: 161
Previous Get Dirty Or Die Trying
Next The Keep Africa Poor And Dependent Project