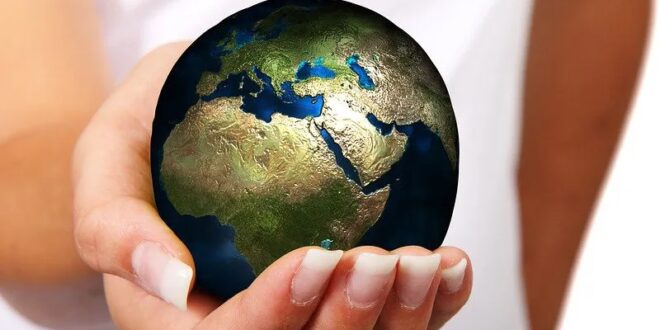 Exploited and abused for generations by white colonial powers and manipulative economic structures, there is a growing feeling of solidarity within parts of the African continent, as exemplified by the #NoMore movement. Covid vaccine inequality and environmental injustice, together with recent events in Ethiopia have galvanized people.

Ideas of African unity and rage against former imperial forces are nothing new; the chain of suppression and exploitation of African nations is long, running from slavery and colonialism (including colonial extraction) to wealth and climate inequality, racial capitalism and now Covid vaccine apartheid.

Despite the fact that many would say Africa was united long before Europe – family to tribe, tribe to nation, nation to continent, with 54 countries spread over a vast area – establishing a defined Union of Africa seems unlikely, if not impossible. Standing in solidarity, rejecting western intervention, challenging the exploitative status quo and reductive notions of development based on a defunct western model is not; indeed, if African nations are to prosper and create vibrant economies allowing its burgeoning young population to fulfil their enormous potential, they must.

Poverty amidst abundance of resources

Blessed with rich environments and vast natural resources, Sub-Saharan Africa should certainly not be poor. But for huge numbers of people across the continent grinding poverty and hardship are the norm.

According to the World Bank report Accelerating Poverty Reduction in Africa, while those living in extreme poverty (less than $1.90 a day) has fallen in the last twenty years, the number of “poor people [living on $5 a day or less]…has increased from 278 million in 1990 to over 413 million” Over 80% of those living in stifling poverty are found in rural areas where education and health care are scarce.

Natural resources dominate many African economies and, along with agriculture, are central to the livelihoods of the poor rural majority. African natural resources that are owned by multi-national mining companies, dug out of the ground by grossly underpaid local workers, are exported for production in goods that are sold in the rich developed nations. This has been the role of Sub-Saharan Africa for generations, and is fundamental to the prosperity of advanced countries: they need the raw materials and they need them to be dirt cheap.

The handful of conglomerates that dominate, collude in enabling monopoly buying structures. Contracts agreed at national levels are administered by middle-men, often corrupt, in the pockets of the corporation; the local workforce have little choice but to accept whatever ‘terms of employment’ are offered; poverty entraps and silences rebellion.

It is a crippling model of suppression and exploitation; a form of wage slavery – that holds not just the workers in its suffocating grip, but the nation and continent. It is one of the main reasons African nations that are overly dependent on raw materials, whether cotton or oil, coffee, diamonds or Cobalt, are poor. Poverty is political, the result of short-term political and economic decisions taken in The West by duplicitous corporate-controlled governments.

The other reasons that ensure Africa remains poor and dependent are historical and economic: Colonization, which persists as economic and cultural imperialism, together with a certain mind-set of superiority/inferiority. A mind-set that maintains consciously or unconsciously that some people (black, brown) are worth less than others and, as Covid vaccine inequities demonstrate, can be sacrificed. The economic structures, global institutions and economic ideologies championed by abusive self-centered governments and promoted in the business schools around the world are all designed to ensure Africa remains poor: Imperialism never ended, it just changed form.

When colonial powers withdrew from the global south they needed new ways of maintaining the enslavement of Africa and Africans. Three interrelated weapons where used to create dependency: Aid, debt and the toxic Structural Adjustment Programmes (SAPs), the overarching umbrella of control.

In the 1980s SAP’s where introduced; the International Monetary Fund (IMF) and World Bank (WB) gave highly conditional loan packages to African nations in order to aid their ‘development’; in fact the loans/SAPs, which destroyed African economies and agriculture, were simply forms of debt entrapment. Once a country is indebted it becomes easy to control. SAPs hollowed out national economies and incorporated Africa into the global political economic system, dominated by the US. It’s economic warfare: the rich countries set up these unaccountable institutions and systems to control the poor nations.

The IMF, WB, World Health Organization (WHO) and the World Trade Organization (WTO), were given enormous political influence/control of African governments and economies. Funding for public services (e.g. education and health care) was slashed to repay loans; countries were forced to ‘liberalize’ their economies, and privatize, selling off key areas like utilities to western or western-backed companies.

In his book Confessions Of An Economic Hitman, John Perkins designates this process of economic terrorism as ‘Predatory Capitalism’: he describes how in an earlier period, during the 1950’s the IMF, CIA and US State Department set up a faceless bank to lend money to African countries that were producing raw materials; any national President that refused the loan was at risk of being handed over to the ‘Jackals’, as Perkins describes the CIA thugs that accompanied him.

At independence, many African countries were self-sufficient in food production and were in fact net exporters of food; SAPs and the WTO Agreement on Agriculture, changed all that. Countries were forced to withdraw State subsidies to agriculture (while farmers in Europe and the US receive huge subsidies); farmers suffered, food prices increased, food insecurity was created, dependency on aid and Western benefactors ensured and with it control by the US and her puppets, of Africa, its direction and ‘development’, or, as these paranoid selfish states would have it, its non-development.

Within the narrow socio-economic paradigm that dominates global affairs, ‘development’ and perpetual economic ‘growth’ are regarded as all important. Dominated by quarterly national GDP figures, it is a reductive model designed by ‘donor’ nations to serve not the people of Africa or Asia, but western corporations and the unjust, defunct Ideology of Greed, so beloved.

The very idea of development, has become synonymous with ‘Westernization’, including the way of life, the values, behavior and attitudes of the rich, ‘successful’ nations of The West: a hollow, deeply materialistic way of life rooted in division, selfishness and conformity that has poisoned and vandalized the natural environment, created unhealthy, unequal societies of anxious suppressed human beings.

In order to develop economists maintain Africa must industrialise and manufacture – no country has ever ‘developed’ without manufacturing. All this is true, and some African nations, like Ethiopia, which has a vibrant leather industry, are beginning to do just this. But this is only true within the suffocating boundaries of the existing model of extreme capitalism based on unsustainable consumerism.

There must be another way; perhaps as we sit at this transitional time, not just for Africa, but for the world as a whole, the opportunity presents itself to re-design the socio-economic structures, reimagine civilization, and in so doing save the planet. And perhaps Africa, unburdened, energised and dynamic can play a leading role; working with the West, but rejecting the model of conformity and exploitation, the conditionality of support.

The existing development paradigm sits within the overarching political-economic system, a system of global monopolies, centralized control, massive inequality, grinding poverty, financial insecurity and stress. Not only should this model of development be rejected by Africa, and it would be were it not for the Noose of Debt, and the fact that it is presented as the one and only show in town, but the poisonous spring from which it flows – Market Fundamentalism as some call it – must also be radically dismantled.

It may appear impossible to challenge, but there are alternatives to the current unjust political-economic system. And as the environmental and social impact of the Neo-Liberal experiment becomes more apparent, as well as the economic pain of the majority, more and more people around the world, especially within Africa, where the environmental emergency has inspired powerful movements of activism, recognize the urgent need to reject this way of organizing life and are demanding change.

Western powers (dried-up imperial forces) do not want Africa and Africans to flourish and become strong, this is clear to all. Africa’s destiny must rest in the hands of Africans, in particular young Africans (the median age in Africa is around 20, Europe is a greying 43, US a complacent 39), who are increasingly standing up, organizing, particularly in regard to the environment, and calling for change.

But what should that change look like? Not a shadow of Western nations, but a creative evolving movement of development in which the people have a voice; social and environmental responsibility are championed and lasting human happiness sit at its core. Unity is essential, African unity is essential; together, not necessarily under some defined structure, but coordinated cooperation and support through the medium of the African Union and civil society.

The first and most basic step towards establishing a less brutal, more just system would be the equitable distribution of the resources of the world – the water, land and food; the machinery needed to build infrastructure; the skills, knowledge and expertise.

The world is one: We are brothers and sisters of one humanity. And if we are collectively, within Africa and the world, to establish An Alternative Way, this basic fact needs to form the foundation and provide the touchstone of new systems and modes of living. Only then will we begin to build a global society in which the values of unity, compassion, tolerance and sharing, which are found in tribal societies all over Africa, may flourish.