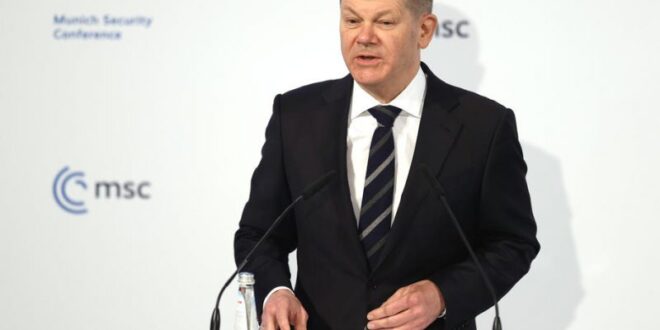 After Russia unilaterally declared that it would recognise the independence of the two Ukrainian breakaway regions of Donetsk and Luhansk, Germany heavily condemned the move and pledged support to Ukraine.

German chancellor Olaf Scholz held a phone call with his French and US counterparts immediately after the Russian announcement and heavily condemned the move as breaching the Minsk agreement.

“This step will not be unanswered,” German government spokesperson Steffen Hebestreit said in a statement.

German foreign minister Annalena Baerbock called the move a “blatant breach of international law” and a “major blow to all diplomatic efforts to peacefully settle and politically resolve the current conflict.”

During his state visit to Moscow last week, Scholz emphasised that the formal recognition of the administrate regions in the Donbas would mean the end of the Minsk agreement that was designed to provide a peaceful settlement of the Ukraine conflict, and that such a move would be a political “catastrophe.”

According to German finance minister and head of the liberal FDP, Christian Lindner, Putin’s recognition would only fuel the “EU’s common stance as a community of values,” he said on Twitter.

While German government officials have only hinted at the option of taking countermeasures against Russia, Bundestag members are already more outspoken on the issue.

“Putins speech is a declaration of war,” chairwomen of the defence committee of the Bundestag, Marie-Agnes Strack-Zimmermann, said on Twitter.

“Now is the time to consistently implement sanctions against Russia,” Strack-Zimmermann, who belongs to the governing liberal FDP added.