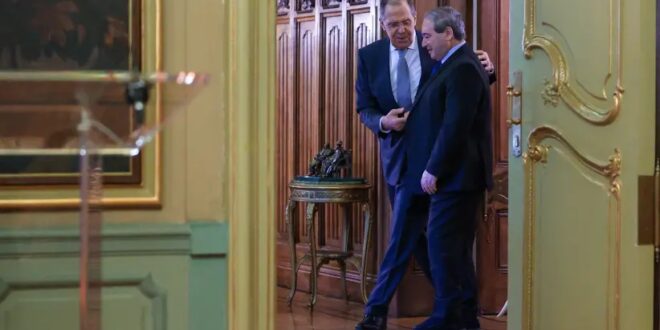 Russia’s Foreign Minister Sergei Lavrov on Tuesday questioned whether Ukraine had a right to sovereignty because he said the government in Kyiv did not represent the country’s constituent parts, the Interfax news agency reported.

“If we talk about the principle of sovereignty and territorial integrity, one of the key documents … is the Declaration on Principles of International Law concerning Friendly Relations among Peoples,” he was quoted as saying.

He accused Ukraine of being out of line with that since 2014 when a Moscow-backed president was overthrown in Kyiv and replaced by a pro-Western leader, prompting Russia to annex Ukraine’s peninsula of Crimea and back an insurgency in its eastern regions.

“I don’t think anyone can claim that the Ukrainian regime, since the 2014 coup d’état, represents all the people living on the territory of the Ukrainian state,” Lavrov was quoted as saying.

Russia recognizes the independence of the breakaway east Ukrainian regions within the boundaries that the Moscow-backed separatists currently control, Interfax cited a deputy Russian foreign minister as saying on Tuesday.

The official, Andrey Rudenko, also said that Moscow did not want to sever ties with Ukraine, the RIA news agency reported.