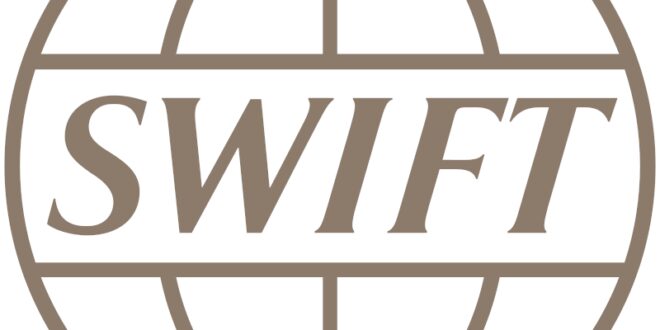 The Russian invasion of Ukraine has been met internationally with increasing lists of sanctions, while NATO members are increasing their (belated) military support to Kyiv.

Many critics believe that current SWIFT removal threats of some Russian banks, politicians, and companies, are not enough.

There are elements in some European countries who are opposing the SWIFT ban as according to them it will not only hit Russia hard but will have repercussions for Western energy supplies.

European countries such as Germany and Italy are largely dependent on Russian gas imports, while most of Russia’s crude oil and petroleum products are traded in Europe. These factors are behind an apparently weak European response to the Russian action.

Current sanctions are undoubtedly biting, but Russia can handle a lot of pain. The current indecisiveness, particularly shown in Europe, will give more time to change the facts on the ground. Without any doubt, all options were discussed and planned in the last few months, but politicians are afraid to take any decisive action against Russia.

The risk of energy shortages is real but it seems to be largely exaggerated by analysts and politicians alike.

On the crude oil front, after the 1973 oil crisis, all oil producers have put in place their own strategic petroleum reserves, which are meant for such extraordinary circumstances. They are filled for a long-term (5+ month) supply shock. Russian natural gas is more critical, but even there are options available such as the US LNG, spot market, and the Dutch Groningen gas field.

Whatever is in the mind of world leaders at present, the Russian invasion is going to push up commodity and energy prices.

A full-scale SWIFT approach is feasible and possible and this strategy is like using a cruise missile against a major adversary without any willingness to comply. Hitting the SWIFT option is barring Moscow and its supporters from access to 11,000 banks internationally. It will in one move block not only access to $160+ billion in Russian assets outside of the country, but also parts of the much talked about $650 billion war-chest of the Russian Central Bank.

For MENA countries, the SWIFT option will also have repercussions. It will ultimately affect Russian exports to the region. Mainstream investments of Russia’s sovereign wealth fund, RIDF, or energy companies, such as Gazprom, Rosneft, Lukoil, or TMK, will be blocked or severely constrained in all Arab countries. Arab investments in the Russian arena will also be no longer accessible anymore.