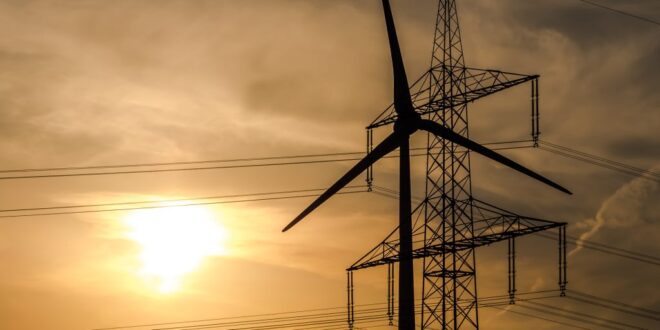 The Ukraine crisis has generated a level of attention on energy security that has been sorely lacking over the past decade. European dependence on Russian gas and global dependence on Russian oil is limiting Western action against Russia. However, with Germany halting the certification of the Nord Stream 2 pipeline; the US removing the sanctions waiver on the pipeline and sanctioning both Nord Stream 2 AG—the pipeline’s operating company—and its CEO; and BP, Shell, and Equinor divesting Russian assets, choices that seemed unthinkable just a few weeks ago might now be possible. The belated realization of the risks of over-dependence on Russian energy creates opportunity to take more significant action on European energy security than there has been in years.

Atlantic Council Global Energy Center experts and friends have assembled a thorough, though by no means exhaustive, list of recommendations that, if implemented, would advance European energy security. These actions, if taken now, will have impact along three rough timeframes:

Impact by next winter (a crucial timeline if the crisis continues due to increased energy demand in the winter).
Impact in the next 1 – 3 years.
Impact in 3 years and beyond.
Crucially, European energy security must be considered within the context of climate and the energy transition. European politicians and the populace care deeply about these issues—even as European energy policies are often contradictory—and there will be greater political buy-in for policies that keep climate and the energy transition in mind.

Near-term impact (by next winter)
In a worst-case scenario, an ongoing crisis could leave Europe at particular risk for an energy shock next winter, when energy demand is the highest. With global LNG exports near maximum capacity and little ability to increase energy production over the short term, what can be done now to mitigate this risk?

Ensure maximal gas storage over the summer of 2022:
The upcoming summer provides an opportunity to fill storage in advance of increased energy demand next winter. The European union should, by consensus or regulation, assure all available storage is filled by summer to insulate Europe against gas supply disruption next winter.
Delay—or better yet, cancel—the closure of Germany’s three remaining nuclear power plants:
Germany’s closure of three nuclear power plants at the end of 2021 could not have come at a worse time. While nuclear power is controversial in Germany because of popular concerns about nuclear safety and waste, it is domestically produced, zero-carbon energy. Replacing this power will either come from Russian gas or coal.
Delay—or better yet, cancel—the closure of two nuclear power plants in Belgium:
Belgium should refrain from shutting down the two nuclear reactors that are slated for premature decommissioning this year and next year (Doel 3 and Tihange 2), which would create additional demand for gas.
Transport Iberian gas across France into the European gas network:
France and Spain should pilot a two-year agreement on financial terms to transport Iberian gas across France into the European system to maximize Europe’s ability to utilize its gas import facilities. Last year, they were at barely more than 50% capacity utilization.
Support emergency synchronization of the Ukrainian electricity grid with the ENTSO-E European network:
European Commissioner for Energy Kadri Simson has requested emergency synchronization in light of the recent conflict.
Invest in energy efficiency:
Energy efficiency projects that reduce gas demand can be prioritized in the short term. While longer-term projects will have a bigger impact, meaningful contributions to gas demand reduction—such as building retrofits and heat pumps—can be implemented immediately.
Convene gas security summit focused on winter 2022-2023:
The US should convene a gas security summit with major exporters and importers (government and private sector) to devise a strategy to maximize gas storage and meet projected demand from both Europe and Asia for next winter. The goal would be to avoid interregional competition for gas supply, to offer government encouragement to private parties to be flexible with respect to existing contractual arrangements, to and create transparency about the levels of gas export facility utilization and import utilization.
Require all payments for Russian energy imports be placed in an escrow account until the crisis ends:
Western countries that import Russian energy should require all payments placed into escrow accounts that will only be settled once the crisis is resolved. This would put additional risk on energy markets—an outcome Western governments want to avoid—but could be an escalatory tactic if necessary.
Medium-term impact (1-3 years)
Assuming the current crisis is resolved but there is not a fundamental change in relations with Russia, an effort to change the fundamental energy relationship between Europe and Russia can have material results in a one- to three-year timeframe.

Accelerate completion of in-progress renewables projects:
Creating new sources of domestic power is crucial mitigating impacts of over-reliance on Russia. Project timelines should be accelerated to meet demand as soon as possible.
Support deployment of ground-source heat pumps (GHPs) in Europe’s more temperate north:
GHPs are the cleanest, cheapest—after initial capital expenditure—and most energy-efficient heating and cooling options on the market, offering a 72 percent decrease in energy consumption over standard systems. The EU should create a dedicated, bloc-wide risk mitigation facility to increase funding access for local governments and private developers that would otherwise struggle to come up with the necessary capital.
Accelerate the Baltic states’ electrical grid connection to Poland and European grids:
For many years, the Baltic states have been working to disconnect their electrical grids from Russia and Belarus and synchronously interconnect with Poland and the ENTSO-E Continental European electricity network by the end of 2025. The power utilities of the four countries should accelerate their timeline for synchronous operation by a year (i.e., to the end of 2024) through improved contracting, management and coordination, with the European Commission and national governments providing additional funds if needed for expedited implementation costs.
The EU should prioritize the regulatory approval and completion of the central portion of the MidCat pipeline:
This would double export capacity between Iberia and the rest of the continent, providing additional opportunities for diversifying away from Russian gas.
The EU should end its policy opposition to long-term natural gas import contracts:
Contracted gas allows for security of price and security of supply. This will need to be paired with a commitment to carbon capture technologies in order to meet pressing climate goals.
Belgium should revisit the question of life extensions past 2025 for its entire reactor fleet:
In addition to the reactors scheduled to be closed in 2022 and 2023, five additional reactors are slated to be prematurely shuttered by 2025. These will be replaced by renewables and gas. Instead, by keeping the plants open, newly built renewables would displace coal or gas demand.
Ukraine should be integrated into the transatlantic energy security infrastructure:
The US and EU should support Ukraine’s preparation for EU membership, with energy cooperation an integral aspect. The US renewables sector should be encouraged to invest in Ukraine.
Long-term impact (3 years and beyond)
Realistically, mitigating over-dependence on Russian energy is a generational effort, but one that needs to intensify now.

Europe’s primary focus for long-term energy security should be the massive deployment of clean energy technologies, including:
Continued massive expansion of renewables.
Expansion of transmission to manage renewables intermittency.
Accelerate programs to roll out utility-scale energy storage solutions, improving the ability of renewables to manage intermittency.
Development of a hydrogen economy (both produced in Europe and imported from reliable partners) to decarbonize hard-to-abate sectors and serve as backup for power generation.
Energy efficiency: governments should mandate immediate and annual reductions in energy consumption per unit of GDP output and pass obligations down both to public and private sector. This can be done with commercially proven technologies at scale that are readily available today.
Continued expansion of legacy nuclear energy technologies and continue to invest in next-generation nuclear reactors.
Build-out and acceptance of carbon capture as a means of ensuring gas—which will continue to play a crucial role in Europe’s energy system—is near-zero emissions.
Europe should seek alternate sources of natural gas:
These sources will likely include Azerbaijan, investment in the North Sea, offshore UK waters west of Shetland, Norway’s High Arctic, the Eastern Mediterranean, the Middle East (Qatar could end its destination clause requirement), and North and West African countries. There is also an opportunity to sign long-term agreements with American LNG companies, build new regassification terminals, expand oil and gas drilling within Europe, and encourage European producers to invest in E&P assets overseas and provide tax incentives for companies to do this.
Classify Russian natural gas and crude oil supplies as “conflict commodities:”
Though only politically and economically viable when energy prices are lower, classifying Russian natural gas and crude oil supplies as “conflict commodities” akin to existing regulatory frameworks on conflict minerals and resources would reflect the actual political risk premium attached, raising Russian energy prices and helping Europe decrease its natural gas dependence on market terms.
Invest now in the next generation of nuclear energy technologies, especially small modular reactors:
Largely because the US still has access to abundant, inexpensive natural gas, affordable energy-starved Europe is embracing small modular reactors (SMRs) much more quickly. Next-generation reactors have yet to be demonstrated, but greater governmental support could allow them to come online later this decade.
Invest in independent sources of energy and infrastructure:
The United States and Europe, through initiatives such as the “Three Seas Initiative” and other efforts, must continue to work on other sources of energy and infrastructure.
The UK and European Union should devise a strategy to reduce imports of Russian oil and gas to no more than 20 percent of Europe’s requirements:
The strategy should consider whether additional gas or oil import infrastructure is required to enable a long-term reduction in Russian hydrocarbon imports.
The US should position itself as the global leader in lower-emissions hydrocarbon export:
Under nearly all net-zero scenarios, hydrocarbons continue to play a key role in the energy system to 2050 and beyond. The US should simultaneously embrace the important geopolitical value of its hydrocarbon exports while continuing to drive down the life-cycle emissions of those exports to ensure US energy is as clean as possible. The US should encourage an expansion in US LNG export capacity with policy linked to methane emissions reduction to provide long-term assurance to Europe and Asia that it will help create a competitive gas market that reduces the global gas market’s dependence on Russian gas.