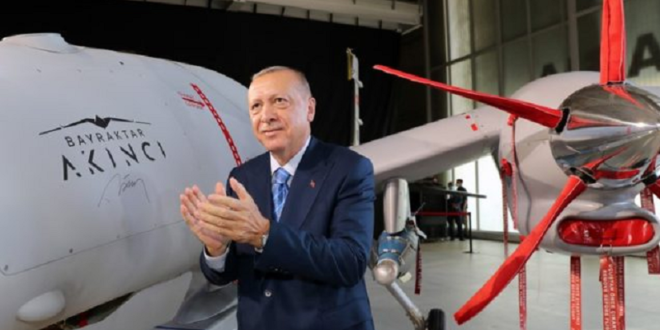 Given its effectiveness against Russian forces, it should come as no surprise that Turkey’s Bayraktar TB-2 armed drone has its own Ukrainian ‘war song’ on YouTube, with more than half a million clicks.

The drone, a leading Turkish military export, has proved invaluable to Ukraine’s outnumbered, outgunned armed forces in defending against a Russian invasion that began on February 24.

“We took offence to these orcs; Russian bandits are turned into ghosts by Bayraktar,” the Ukrainian Army wrote on its Facebook page in mid-March.

The praise represents more positive PR for a drone manufactured by the son-in-law of Turkish President Recep Tayyip Erdogan and already deployed to deadly effect in Libya, Syria and the second Nagorno-Karabakh war of 2020.

But its use by Ukraine does not signal a shift in Turkish foreign policy; Ankara has not imposed sanctions on Russia, nor has it closed its airspace to Russian planes.

Instead, say experts, the Bayraktar TB-2 has become a cheap but powerful tool to boost military exports and project Turkish influence, empowering and enriching those around Erdogan in the process.