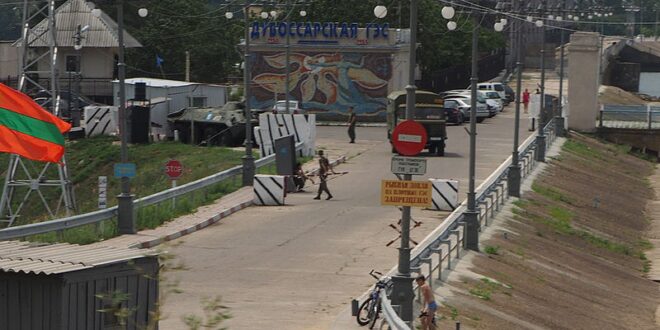 Only the most naïve believe that Putin’s war in Ukraine is only about Ukraine, but Dmitry Ofitserov-Belsky says that new talk about extending the Russian operation into Moldova’s Transnistria underscores the fact that the Kremlin wants all non-Russian countries to draw conclusions for themselves from what is happening in Ukraine.

(For a discussion of suggestions by senior Russian officials that Moscow may extend the campaign up to and into Transnistria, see jamestown.org/program/russia-involving-transnistria-in-ukrainian-war-raising-stakes-for-all-parties/. For Ofitserov-Belsky’s gloss on those suggestions, see business-gazeta.ru/article/548010.)

The senior specialist on the former Soviet West at the Center for Post-Soviet Research at Moscow’s IMEMO says that one must treat any such declarations with caution given that in time of war, senior commanders often say things that may be intended in the first instance to disinform and confuse the enemy.

But in this case, Ofitserov-Belsky continues, Moscow is clearly sending a message to Chisinau that its anti-Russian policies won’t be tolerated, to other former Soviet republics that Moscow may take action against them if they pursue policies like those Kyiv has, and to the West that the Kremlin doesn’t think that the borders of Ukraine are limits to its operations.

For all these reasons, Russian talk about Transnistria merits the closest possible attention as an indication of where Moscow is heading and what leaders in countries surrounding Russia need to do to avoid disaster.