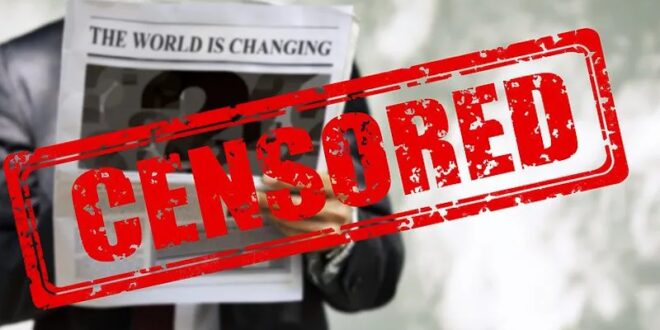 Biden’s Disinformation Board Would Make Even Orwell Shiver

It sounded pernicious enough on the face of it. But even though it represents, at least in principle, arguably the most explicit and chilling threat to the First Amendment that we may have witnessed, the establishment of a de facto ministry of truth — officially titled the Disinformation Board — under the auspices of the Department of Homeland Security (DHS) is actually even worse than you might imagine. The haunting predictions of George Orwell appear to be matching the present reality.

Hyperbole, you say? Well, stop a moment and consider the countries where “truth” and its corollary “disinformation” have been determined and controlled by the government, where articulating ideas that fail to conform to official truth violates the law, gets you arrested, and lands you in prison.

The right to determine what information fits within the acceptable matrix of discussion has always represented, together with the confiscation of firearms, the first step in the establishment of tyranny. The United States is the only nation in the world with a First Amendment guaranteeing freedom of speech, for which so many souls have sacrificed their lives. And now some left-wing apparatchik named Alejandro Mayorkas, DHS director, the same man allowing the southern border to be overrun, plans to toss it overboard?

Whatever happened to the free speech movement championed by the left in the 1960s? It seems so many of those same radicals who fought for their First Amendment rights back in those heady days now favor restricting those very same liberties. We seem to have come full circle in the space of half a century.

And there is a good reason for it that cuts to the heart of the matter. This truth council is a spectacular head fake, a textbook example of both gaslighting and projection — let’s call it gasjection. What these control freaks on the left have done is declare that such a board of truth, despite how it might appear to your lying eyes, is entirely unthreatening to our individual liberty and necessary to protect our national security — from the lies of Donald Trump and his allies, no doubt. And that provides the pretext for President Joe Biden, Mayorkas, and their fellow travelers on the progressive left to project onto their enemies that which they have so actively engaged in themselves.

Indeed, what would you call, among the many other lies spread by the left during the Trump era and beyond, the two-year-long campaign to convince Americans that Trump was a traitor who colluded with Russia? And then there were those 51 “distinguished national security experts,” who, in an act of high political irony, effectively labeled the Hunter Biden laptop, and its incriminating contents, as products of Russian disinformation, justifying end-to-end censorship by the cowards controlling social media of a story that they knew would severely damage their chosen candidate. Now, we will be treated to a board populated by individuals swimming in the same Swamp, this time described as “anti-disinformation experts” — as if that is a professional or academic field — and no doubt just as distinguished as their brethren in the national security realm. What could go wrong?

But maybe this is all a big joke. Perhaps they’re just kidding. Why? Well, when you take the next step in assessing this new official truth panel, you get to the person named to head it up. And that’s why we will be excused for wondering if they are just pulling our collective leg; maybe these leftists have suddenly developed a sense of humor. After all, why else would they select as their disinformation czar a cartoonish woke stereotype named Nina Jankowicz, the inexplicably self-named “Mary Poppins of disinformation.” Well, it may be because she already has established her bona fides in the dissemination of the left’s shameless disinformation, as a nakedly woke leftist spreading her allies’ carefully conceived lies across her media platform — about the laptop, the Steele dossier, the Mueller investigation, to name just a few. She almost immediately ruled out that COVID-19 could have been developed in a lab. But her attitude toward a guaranteed constitutional right, couched in a veil of virtue, may be even more disturbing: “I shudder to think about if free speech absolutists were taking over more platforms, what that would look like for the marginalized communities … which are already shouldering … disproportionate amounts of this abuse,” she stated in a recent interview on PBS.

But it’s hardly just the new Ms. Poppins who is trying to wipe out debate and unacceptable points of view. Just last month, the Democrats’ de facto spiritual leader, Barack Obama, presaged the push for official censorship in a speech at Stanford University: “A regulatory structure, a smart one, needs to be in place, designed in consultation with tech companies … that will allow these companies to operate effectively while also slowing the spread of harmful content.” Doing their part, Democrats in Congress have been browbeating big tech CEOs since they assumed control in 2021, threatening reprisal through the regulatory state unless their companies engage in more and more censorship. And perhaps even more disturbing is that a full three-quarters — 75% — of rank-and-file Democrats support the notion of additional suppression of speech by the government and big tech, according to Pew Research Center.

The Disinformation Board is ultimately in service to a purely fictitious construct. As the great independent journalist Glenn Greenwald wrote recently on Substack, “This is all a sham: the whole industry. The very idea that Jankowicz — draping herself in #Resistance cliches, agitating for online censorship, and neurotically posting liberal Twitter hashtags — is an expert in anything, let alone one who identifies and combats disinformation, is laughable on its face. And that is true of everyone who is claiming this pompous, fictitious expertise for themselves.”

Licentious leftists have long tried to pass off their vice as virtue. But now they have convinced enough of their faithful constituents of the vital necessity to censor unwanted speech that they feel emboldened to propose preposterous, blatantly unconstitutional, Orwellian-style censorship with a straight face. It all brings to mind an adaptation of an old phrase which used to incite widespread fear, but now is celebrated on the left.

We’re the government, and we’re here to protect you.