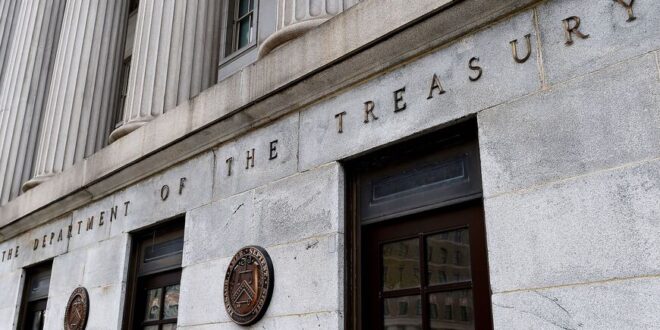 US sanctions network of Hezbollah businessman in Lebanon

The Treasury Department designated Ahmad Jalal Reda Abdallah and several of his associates and companies based in Lebanon and Iraq.

The Biden administration on Thursday imposed sanctions on an alleged financial facilitator for Hezbollah, a move aimed at exposing and disrupting the Lebanese militant group’s illicit sources of funding.

The Treasury Department’s Office of Foreign Assets Control said in a statement that it designated Lebanese businessman Ahmad Jalal Reda Abdallah, along with five of his associates and eight of his companies in Lebanon and Iraq.

“Hezbollah has built a web of businesses to hide its activities and generate funds for its destabilizing activities, all at the expense of accountability and public safety in Lebanon and the region,” said Under Secretary of the Treasury for Terrorism and Financial Intelligence Brian Nelson.

“The designation of this network demonstrates the US government’s commitment to protect Lebanon’s private sector and financial system from Hezbollah’s abuse,” he said.

Who is Abdallah? The Treasury described him as an active member of Hezbollah who coordinated his activities with other sanctioned members of the heavily armed Shiite group, including Muhammad Qasir and Muhammad Qasim al-Bazzal. Officials in Iran’s Islamic Revolutionary Guard Corps also helped to facilitate financial transfers for Abdallah’s businesses, the department said.

Abdallah’s insurance companies, medical equipment factories, real estate companies and other seemingly legitimate businesses funneled at least some of their profits to Hezbollah, according to the Treasury. The businessman is alleged to have established food companies because he believed they were less likely to be targets of sanctions.

Abdallah and his associates were sanctioned under Executive Order 13224, which allows the Treasury to block the assets of those who commit or pose a significant risk of committing acts of terrorism. The United States designated Hezbollah, an Iran-supported militant group and political party, as a foreign terrorist organization in 1997.

Why it matters: The sanctions come less than a week after Hezbollah and its political partners lost their parliamentary majority in Lebanon’s first elections since the small Mediterranean country plunged into financial chaos in late 2019 and watched its currency collapse to record lows.

The United States accuses Hezbollah of generating funds for its terrorist activities while the Lebanese people sink deeper into poverty. According to the United Nations, about three-quarters of the country is now living below the poverty line.

What’s next: It remains to be seen whether Hezbollah’s setback at the polls and the election of about a dozen newcomers to parliament can bring meaningful change to crisis-ridden Lebanon. No single party or bloc captured a majority in Sunday’s elections, which could delay the government’s formation and the adoption of urgently needed economic reforms.