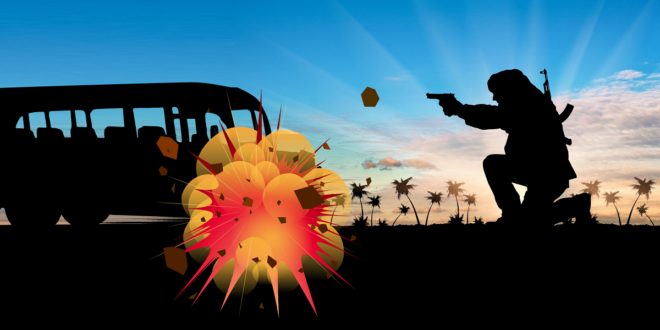 Eleven soldiers and two civilians were killed in an attack on a bus in northern Syria on Monday, the Syrian military said in a statement. The bus was ambushed at 6:30 am local time while en route from the Ar Raqqah Governorate to the central province of Homs in an area called al-Jireh, said the statement. Three soldiers were wounded in the attack. The military did not say who perpetrated the attack, which called it an act of terrorism, nor has anyone claimed responsibility for it.

The London-based war monitoring group Syrian Observatory for Human Rights said Islamic State militants carried out the bus ambush, adding that at least 15 soldiers were killed in the attack. And, the war monitor said, the death toll would likely rise, given the number of critically wounded people.

The state-run Syrian Arab News Agency tried to lay blame not only on the Islamic State group but the United States and the Syrian Democratic Forces, as well, when it wrote that “over the past months, identical media reports talked about transferring hundreds of Daesh (ISIS) terrorists by the US occupation forces from Iraq and from prisons they control with the QSD [Syrian Democratic Forces] militia in Hasaka to the vicinity of the occupation’s base in al-Tanf area on the Syrian-Jordanian border for retraining and arming them in preparation to spread them in the Syrian desert and carry out terrorist attacks against the Syrian state and its citizens.”