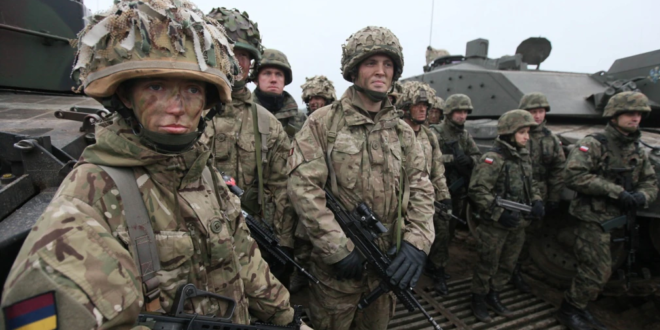 Britain’s new top army general says Russia’s invasion of Ukraine has changed the outlook for Britain’s military, which must be capable of fighting alongside allies and ready to defeat Russia on the battlefield.

General Patrick Sanders said in a message to troops that the scale of the Russian threat “shows we’ve entered a new era of insecurity.”

The general’s statement was part of an address to all ranks and civil servants in an internal message on June 16, three days after he took command of the British Army. Reports in British media on June 19 quoted the message extensively.

The BBC quoted a defense source as saying the tone of the message was unsurprising. The source said all armies train to fight, but the threat has clearly changed.

Sanders said it is his duty to make the British Army “as lethal and effective as it can be,” adding that Russia’s invasion of Ukraine underlines the military’s core purpose to protect the United Kingdom “and reinforces the requirement to deter Russian aggression with the threat of force.”

Sanders also set out his goal to “accelerate the mobilization and modernization of the army to reinforce NATO and deny Russia the chance to occupy any more of Europe.”

British Prime Minister Boris Johnson, who just returned from a trip to Kyiv, warned on June 19 that the war in Ukraine will not be over soon, and NATO Secretary-General Jens Stoltenberg recently stated that the war “could last years.”

Sanders is a former commander of the British military’s strategic command and has commanded operations in Bosnia, Iraq, and Afghanistan.