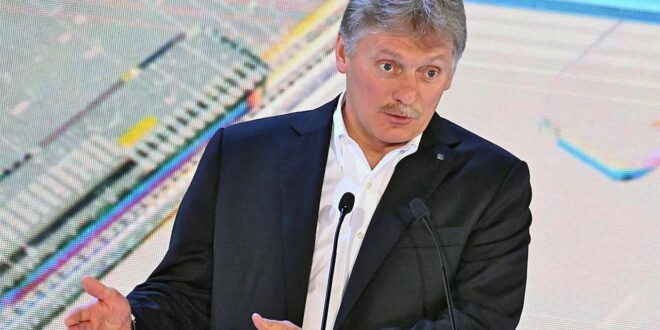 The Kremlin said Friday it hopes that Ukraine and Moldova’s already strained ties with Moscow will not be worsened by the countries’ new status as candidates for European Union membership.

EU leaders on Thursday agreed to grant candidate status to Ukraine, whose outgunned military has been battling Russian forces for four months, and Moldova in a move hailed by Kyiv and Chisinau as historic. The neighboring countries had applied for EU membership days after Russia invaded Ukraine in February.

“[But] it’s very important for us that all these processes don’t bring more problems to us and more problems in the mentioned countries’ relations with us,” he told reporters.

Peskov singled out Moldova — where several attacks in the Moscow-backed breakaway region of Transnistria in recent months have raised fears of the Ukraine war spilling across the border — for what he called increasing hostility toward Russia.

“It seems to them that the more they become anti-Russian, the more Europeans should like them. We would very much hate to see that happen,” he said.

Peskov brought up Turkey’s stalled EU candidacy bid as an example of how long it could take Ukraine and Moldova to become full-fledged members.

Several EU officials suggested this week that the process, which requires candidates to reform their institutions, could take several years.

“I remember more than 20 years ago I started to serve as a diplomat at our embassy in Turkey,” Peskov said. “Turkey was also hoping to become an EU candidate and was ready to give up many things in order to become an organic part of Europe.”

“Well, we see that Turkey hasn’t moved beyond this candidacy, but it has become a sovereign, independent country.”