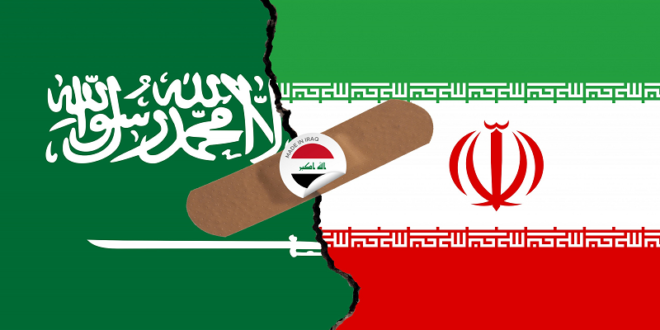 Iranian Foreign Minister Hossein Amir-Abdollahian said Sunday evening, in a meeting in Tehran with visiting Iraqi Prime Minister Mustafa al-Kadhimi, that Iran welcomed the reopening of the Iranian and Saudi Arabian embassies in Riyadh and Tehran.

Amir-Abdollahian praised the Iraqi government for its mediating role in normalization talks between Iran and Saudi Arabia, said that Iran supports a continuation of the cease-fire in Yemen, and talked about the need to improve relations between Iran and Egypt. Al-Kadhimi arrived in Tehran early Sunday for high-level talks with senior Iranian officials, including President Ebrahim Raisi, following his trip to Riyadh, where he was welcomed by Saudi Crown Prince Mohammed bin Salman. The Iraqi prime minister arrived in the Saudi capital on Saturday.

The meetings are part of Baghdad’s efforts to mediate between the two Middle Eastern rivals and reduce regional tensions. Before the trip, the state-run Iraqi News Agency reported that al-Kadhimi would be discussing several issues with the Saudi and Iranian leaders, including diplomatic relations between Tehran and Riyadh.

Saudi Arabia cut diplomatic ties with Iran in 2016 in response to attacks on Saudi diplomatic missions in Iran after the kingdom executed a Shiite cleric. Baghdad hosted four rounds of direct talks between Iran and Saudi Arabia last year and held a fifth round in April of this year.