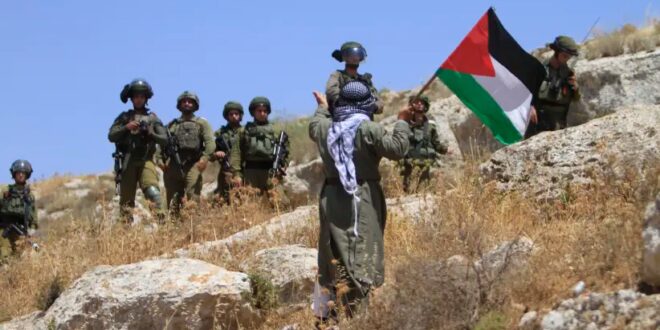 From January to June, 60 Palestinians were killed compared to 41 in those same six months in 2021.

The number of Palestinians killed by Israeli security forces in the West Bank and east Jerusalem increased by 46% in the first half of 2022, when compared with the same period last year, the UN reported over the weekend.

From January to June, 60 Palestinians were killed compared to 41 in those same six months in 2021, the local UN human rights office stated. According to the UN, there were 78 Palestinian fatalities at the hands of Israeli security forces for all of 2021 and 24 such fatalities in 2020.

The office, which is connected to UN High Commissioner for Human Rights Michelle Bachelet, did not distinguish in its report between Palestinians killed in the midst of terror activity, those killed in clashes with the IDF or those who were bystanders to violence.

It accused Israeli security forces, such as the IDF, Border Police and Israel Police, of using a disproportionate response contrary to international law.

“In a number of incidents, it appears that lethal force was used by Israeli forces as a first rather than as a last resort to confront the alleged threat,” it said.
Complex security situation

The local UN Human Rights Office made reference to the complex security situation in which Palestinian terrorists from the West Bank killed 18 people in a series of four attacks in sovereign Israel between March and May.

Not since the Second Intifada that began over two decades ago, has there been such a high number of terror victims in such a short period of time.

The UN focused its brief report on instances where the danger level was suspect and, it said, did not warrant a lethal response.

It pointed to the April 10 IDF killing of Ghada Ibrahim Ali al-Sabiteen, who approached military forces near the Palestinian town of Husan in a suspicious manner and did not heed the warning by soldiers to stop.

The report cited a May 10 stone-throwing incident in which a 16-year-old teen was fatally shot in the chest near his school in Al-Bireh. The human rights office charged that at the time of his death, he had not posed a threat to soldiers.

It also referenced the IDF shooting death of a 27-year-old Palestinian who attempted to illegally cross into Israel through a hole in the security barrier.

In addition, the report cited the March 7 police killing of a 22-year-old Palestinian assailant in Jerusalem’s Old City, who had stabbed two police officers. Police fired “at his body and head while he had already lost consciousness and was lying on the ground injured,” the local office said.

It called for a transparent investigation into the actions of Israeli security forces in connection with the shooting deaths of Palestinians.

“Lack of accountability for these violations remains pervasive. Such impunity also allows further violations to occur,” it said.

“Anyone found responsible should be held to account with penal and disciplinary sanctions commensurate with the gravity of the violations,” the local office said, adding that “this culture of impunity must end now.”