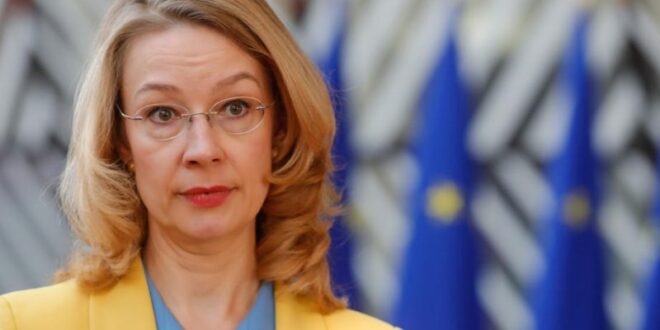 The EU will finalise the issue of visa liberalisation for Kosovo citizens in the coming months, Finnish Minister for Foreign Affairs Tytti Tuppurainen said during a press conference in Pristina on Monday, sentiments echoed by Slovenia.

Tuppurainen said that Finland supports the Euro-Atlantic process of Kosovo and the Western Balkan region.

“We support visa liberalisation. Kosovo is the only country in the Western Balkans that does not have visa liberalisation, and it is time to move forward. We have supported the negotiations that speak in favour of Kosovo in this regard. So I can say that I am optimistic that we will move forward in this matter, and I believe that in the coming months, maybe this fall, we will see positive results,” she said.

Tuppurainen, along with Ireland’s Minister of State for European Affairs, Thomas Byrne, was staying in Pristina and spoke to reporters after meeting with Deputy Prime Minister Besnik Bislimi.

Kosovo President Vjosa Osmani also expressed optimism over visa liberalisation during the Czech Presidency of the European Council, which started on 1 July. While visiting Slovenia, she reiterated that her country had met all the conditions and there was no need for further requirements to be laid down.

She also said Kosovo has been in constructive dialogue with Serbia, and a meeting between Kosovo Prime Minister Albin Kurti and Serbian President Aleksander Vucic could take place soon in Brussels.

Post Views: 108
Previous Protests and Albania pressure Skopje over French proposal
Next Russia’s oil is in long-term decline – and the war has only added to the problem

Migrants in Bosnia Risk All on Winning Border ‘Game’