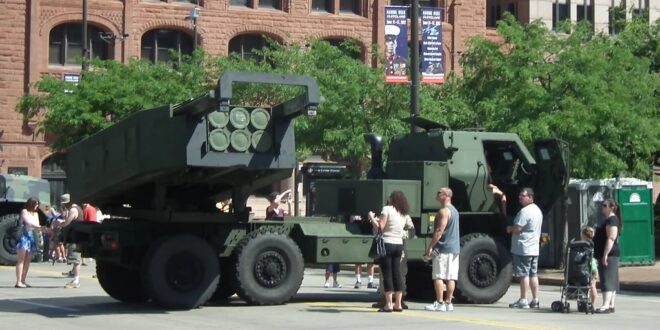 US to deliver more HIMARS ammunition to Ukraine

The government will commit $550m for the 17th presidential drawdown of equipment from DoD stocks.

The US Department of Defense (DoD) has announced additional security assistance, worth over $550m, to arm Ukrainians with key defence capabilities.

The latest aid package is the 17th presidential drawdown of equipment from DoD stocks for the war-torn nation since August 2021.

In a Twitter post, US Defense Secretary Lloyd Austin III said: “The security assistance to Ukraine continues, this time in the form of a $550m package including tens of thousands of rounds of artillery ammunition. We remain committed to providing Ukraine with the capabilities they need to defend their homeland.”

In a statement, the DoD said the US, along with its allies, will continue to provide Ukraine with necessary capabilities to fight evolving requirements in the battlefield.

According to the DoD, the artillery ammunition delivered earlier is being effectively used by the Ukrainian troops to defend their country.

In July this year, the DoD announced $270m in security assistance, including four HIMARS systems, for Ukraine.

Since the beginning of the Biden administration, the US has pledged nearly $8.8bn in security assistance for Ukraine.

“Thank you to Germany and personally to my colleague Defence Minister Christine Lambrecht […] for these systems. Our artillerymen salute our German partners!”

Post Views: 137
Previous The Folly of Pakistan’s China Gamble
Next India Will Move Away From Russian Weapons, Grounds All Their MiG-21s Following Fatal Crash