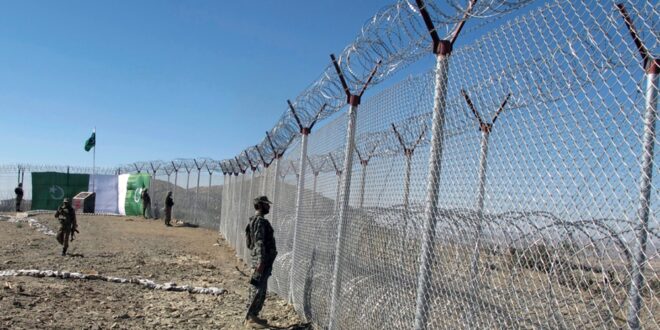 The Islamic Emirate of Afghanistan (IEA) said Wednesday that casualties were reported in clashes across the Durand Line on Tuesday after Pakistan opened fire.

“After that, mutual firing also took place, which may have caused casualties on the other side as well,” said Karimi.

“In general, this topic is under investigation and leaders have been informed; In order to prevent the construction of facilities in such nearby areas and the occurrence of such incidents in the future,” he said.

This comes after Pakistan media reported early Wednesday that three of their soldiers had been killed when fired on from Afghanistan.

According to Pakistan’s The Tribune, a statement issued by the Pakistan’s military media wing said terrorists from inside Afghanistan across the international border, opened fire on Pakistani troops in Khyber-Pakhtunkhwa’s Kurram district.

The statement said Pakistan strongly condemned the use of Afghan soil by terrorists for activities against Pakistan and hopes the IEA will not allow such activities, in future.

The presence of TTP and its affiliates have remained a thorn in the relationship with Afghanistan even during the previous US-backed administrations.

Post Views: 47
Previous IEA rejects Pakistan’s claims that JeM leader hiding out in Afghanistan
Next Terror Alert: Armenia-Azerbaijan War on the Rise as the French Gets Involved