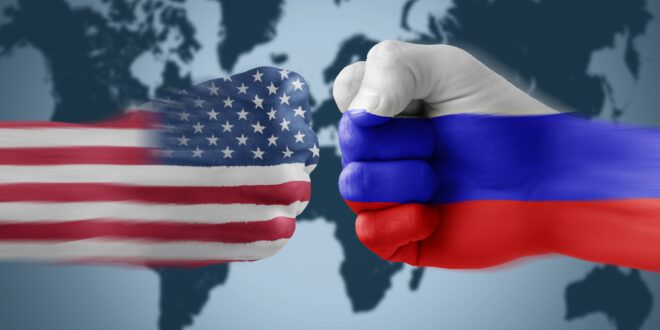 ‘Leading from Behind’: Is Washington at War with Moscow?

Though Washington insists that it is not interested in a direct military conflict with Moscow, the latter claims that the US is, in fact, directly involved. But who is telling the truth?

On September 8, US Secretary of State Antony Blinken, appeared in Kyiv on an unannounced visit. He carried with him pledges of yet another military and financial package of nearly $3 billion, mostly to Ukraine but also other Eastern European countries. According to a report published by the New York Times last May, US financial support to Ukraine has exceeded $54 billion.

Devex’s Funding Platform states that “a relatively small percentage of that funding is humanitarian-focused”. The same source also indicates that the total amount of mostly military aid provided by the West to Ukraine between February 24 and August 16 has topped the $100 billion mark.

For such a massive military arsenal to operate, one can imagine the involvement of legions of military experts, trainers and engineers. Washington’s latest package includes hundreds of millions of dollars in military aid, such as more High Mobility Artillery Rocket System (HIMARS).

And more is coming. According to Blinken, “President Biden … will support the people of Ukraine as long as it takes.”

The Russians, however, have no illusions that the US military support for Ukraine is confined to mere shipments of weapons or limited to financial transactions. On August 2, the Russian Defense Ministry accused the US of being “directly involved in the conflict in Ukraine”. The Ministry’s statement was citing an admission by Ukraine’s deputy head of military intelligence, Vadym Skibitsky, who told the British Telegraph newspaper that “Washington coordinates HIMARS missile strikes”.

This is not the first time that Russia accuses the US of direct involvement in the war. In fact, as early as March 25, Russian Foreign Minister Sergey Lavrov said the West has declared “total war” on Russia. In this instance, Moscow’s top diplomat was referencing every aspect of this “real hybrid war”, including unprecedented sanctions that were meant to break the back of Russia’s economy and the will of its military forces. Since then, US Western embargo on Russia has exceeded 10,000 sanctions, an unprecedented number in modern conflicts.

Much of the US involvement can be understood through common sense. Consider Politico’s report on August 29, alleging that “since the early days of the war, Kyiv has seized the initiative as missile strikes and mysterious explosions have wreaked havoc on the Russian fleet, sinking several vessels … and devastating its Crimea-based air wing in a dramatic attack this month”. If these details are accurate, it is hard to imagine that such success would have been carried out by, as described by Politico itself, a “small Ukrainian navy”.

When American weapons are provided and operated by American military experts, and when the movement of Russian forces is monitored by American satellite coordinates, one should easily conclude that the US is indeed at direct war with Russia. This argument is strengthened by the fact that the US is utilizing all of its expertise in economic warfare, used against Iraq, Cuba and others, to devastate the Russian economy.

But why does the US refuse to accept that it is engaged in direct war against Russia?

Successive US administrations have perfected the art of engaging in military conflicts without making such a declaration. As the US fought its protracted war in Vietnam starting in the mid-1950s, it engaged in many other military conflicts that were mostly kept secret. These undeclared wars included the Nixon Administration’s secret bombing campaigns of Cambodia, which resulted in the estimated death of 100,000 people.

To curtail the power of the president to conduct war without notifying Congress, the US Congress passed the War Powers Resolution of 1973, also known as the War Powers Act. Despite a presidential veto, a two-third majority in Congress managed to pass the resolution into law. Still, successive administrations found ways around the law, including the US involvement in the bombing of Yugoslavia in 1999 and again, in the US war on Libya in 2011.

In fact, it was in Libya that the phrase “leading from behind” was used in abundance. Americans seemed to have found a brilliant way of engaging in war while avoiding its costly political consequences. This way, Obama could be involved in several wars all at once, without being called an interventionist or a war-mongering president.

To understand the extent of America’s ongoing, undeclared wars, marvel at this July 1 report by The Intercept, which obtained the data using the Freedom of Information Act. This was “the first official confirmation that at least 14” military operations – known as 127e programs – were active in the Middle East and the Asia Pacific region in 2020 and that between 2017 and 2020, US commandos carried out 23 separate operations.

So, even if the US engages in direct combat against Russia, chances of war being declared are almost nil. Therefore, the extent of the US involvement can only be gleaned from evidence on the ground.

Call it ‘leading from behind’, ‘proxy war’ or ‘hybrid war’, Washington is very much a party in the devastating war in Ukraine, which is paying a heavy price for Washington’s desire to remain the world’s only superpower.