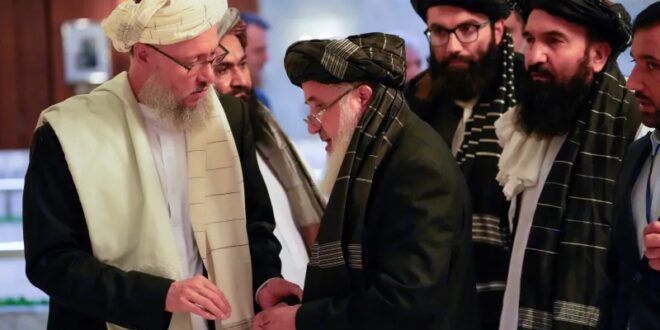 Pressure, Not Engagement, Is the Best Way to Help Afghans

One year after the Taliban returned to power in Afghanistan, it is clear that the extremist group has changed little since it first seized control of the country in 1996. In March 2022, the Taliban decided not to reopen girls’ secondary schools throughout the country—as it had vowed to do just two days earlier—putting an end to any hopes that the group would rule the country differently this time around. And, in the weeks since a CIA drone strike killed al Qaeda chief Ayman al-Zawahiri in a leafy Kabul enclave, it has become even more clear that the Taliban continues to harbor terrorist groups.

It is time for the United States and its partners to acknowledge these facts and to adopt an approach to the Taliban that appropriately addresses their actions instead of encouraging them to continue making empty promises and offering excuses for their outrageous behavior. Getting tougher on the Taliban would not mean interfering with humanitarian assistance to the Afghan people. It would mean working closely with the United Nations and like-minded countries to impose consequences on the Taliban for their unacceptable behavior and withholding high-level engagement with the group until its leadership pursues more moderate policies.

NO CHANGE IN BEHAVIOR
Before the U.S. withdrawal from Afghanistan last year, many observers hoped that the Taliban’s desire for international assistance and legitimacy would help moderate their behavior once they were in power. On August 17, 2021, just two days after the Taliban seized Kabul and took control of Afghanistan’s government, longtime Taliban spokesman Zabiullah Mujahid addressed journalists gathered for the Taliban’s first official news conference, assuring them that Afghanistan’s new Taliban-led government would allow women to work, study, and otherwise participate in society “within the bounds of Islamic law.”

In today’s Taliban-controlled Afghanistan, women and girls over the age of 12 are officially prohibited from attending school and have few options for earning wages or working outside the home. They face strict dress code requirements, new restrictions on leaving their homes without a close male relative, and increasing rates of child marriage and domestic abuse.

The Taliban has disbanded the Afghanistan Independent Human Rights Commission, banned political activities, and arrested and interrogated the leaders of civil society organizations. They have systematically silenced human rights activists, women’s advocates, and others working to build an open and inclusive Afghan civil society. In February, the Taliban arrested more than 20 women activists in a single day.

The Taliban has silenced human rights activists and others working to build an inclusive Afghan civil society.
In May, UN Special Rapporteur on Afghanistan Richard Bennett warned that the Taliban are creating a society ruled by fear. For many Afghans who worked in the previous government or its national security forces, the Taliban’s disregard for basic human rights has proved deadly. Since last August, the UN Assistance Mission in Afghanistan has documented over 237 extrajudicial killings carried out by members of the Taliban. The victims have included 160 members of the former Afghan government and security forces. During the same period, new restrictions on media have constrained journalists’ ability to report freely and forced at least one-third of Afghan news outlets to shut down—which means that the number of killings is likely far higher.

Some courageous Afghan activists are fighting back. PenPath, an Afghan organization working to reopen schools, continues to campaign for girls’ education in some of the most remote parts of the country. Female civil servants with the Advocacy for Change Movement continue to call on the Taliban-led government to respect women’s rights. These organizations, and others like them, deserve international attention and support.

As part of the 2020 Doha agreement that the Taliban made with the United States, the group pledged to prevent al Qaeda from using Afghan soil to threaten the security of the United States and its allies. But any illusion that the Taliban intended to make good on that promise was shattered in late July when it became clear that Zawahiri, the al Qaeda leader, had been living in a Kabul neighborhood at the home of an associate of acting Interior Minister Sirajuddin Haqqani.

To some extent, the elimination of Zawahiri vindicates U.S. President Joe Biden’s argument that “over the horizon” operations are an effective way to deal with terrorist threats. But it also demonstrates that the Taliban retains close links with al Qaeda and that the terrorist group is taking advantage of the Taliban’s return to power to rebuild its base in Afghanistan. U.S. Secretary of State Antony Blinken has said that the Taliban’s sheltering of Zawahiri was a breach of the Doha agreement. But the vaguely worded agreement, which was negotiated by the Trump administration, does not explicitly require the Taliban to expel al Qaeda and other terrorist organizations from Afghan territory.

ENGAGEMENT HAS PROVED FUTILE
Some security experts argue that if the United States does not continue high-level engagement with the Taliban, Afghanistan will likely descend into civil war and chaos and become an even bigger headache for the West than it already is. Others argue that the immediate need to work with the Taliban regime to ensure that humanitarian assistance reaches desperate Afghans should take precedence over human rights concerns. Both arguments miss the mark.

Agreeing to engage with the Taliban regardless of their human rights record will not encourage stability over the long run. How the Taliban governs its own people is a better determinant of the country’s political stability than whether the United States or any other country sits down for talks with the Taliban. If the Taliban regime continues its repressive approach, the Afghan people will increasingly resist violations of their rights and freedoms and may even gravitate toward further violent resistance—regardless of whether U.S. officials are talking to the regime. Pashtana Durrani, the executive director of the Afghan education nonprofit LEARN, recently told an interviewer that “the most important thing I would want the international community to understand is the fact that meeting Taliban doesn’t help.”

In late August, the UN warned that 24 million Afghans still require humanitarian relief, and that more than $700 million is needed to help Afghans get through the coming winter. But Washington should limit its engagement with the Taliban to agreeing on a set of principles for delivering aid, including Taliban noninterference in the work of the organizations carrying out aid programs. There is a growing concern that Taliban leaders are trying to manipulate humanitarian aid by selecting which communities receive it and by directing aid organizations to recruit workers from lists they provide.

Engaging with the Taliban regardless of their human rights record will not encourage stability over the long run.
Last month, the U.S. Department of State announced that $3.5 billion in frozen Afghan assets would not be released to Afghanistan’s Taliban-controlled central bank. This was welcome news. On September 14, the Biden administration announced that the money would instead be distributed to the Afghan people through an international fund managed by Swiss government officials and Afghan experts. The new Afghan Fund will itself disburse that $3.5 billion to benefit the Afghan people and ensure that it remains inaccessible to the Taliban.

But the most significant step the United States can take to show the Taliban that it won’t be business as usual is to back the reinstatement of the UN travel ban for all Taliban leaders, which had been waived since 2019. The waiver expired in late August, when the UN Security Council failed to reach agreement on whether to extend it, but Russia and China are likely to seek more travel exemptions for the Taliban in the future. If the international community continues to allow Taliban officials to travel abroad, it will send the signal that it is acceptable for them to continue repressing women and girls. In the past year, the Taliban used the waiver on the travel ban to try to establish international legitimacy by attending international conferences in Norway in January and in Uzbekistan in July. Back home, meanwhile, the regime continued violating women’s rights and intensified its crackdown on Afghan civil society.

As Washington reduces its diplomatic engagement with the Taliban, it should also focus on finding creative ways to support Afghan civil society, such as providing resources to local Afghan groups that monitor human rights abuses and promote women’s rights and media freedoms and inviting them to speak at international gatherings. Washington could also allocate more resources to the UN Assistance Mission to Afghanistan to enhance its focus on preventing human rights abuses and working more closely with Afghan civil society. It is also essential that the international community maintain its informal consensus against recognizing the Taliban as Afghanistan’s legitimate government, at least until the group meets basic standards on governance and human rights and takes steps to break ties with terrorists.

It has been over five months since the Taliban broke their promise to reopen girls’ secondary schools. After spending hundreds of millions of dollars over the past 20 years supporting organizations that promote women’s rights in Afghanistan, the United States has a moral obligation to Afghan women and girls. The very women and girls that Washington helped empower are now losing their rights to education and employment, and many now fear for their lives. The UN and international human rights organizations have documented numerous human rights abuses in addition to those against women and girls, including extrajudicial killings, arbitrary detentions, forced displacement, persecution of minorities, torture, and a clampdown on journalists and freedom of expression over the last year. The Taliban’s actions are unacceptable, and U.S. policy must reflect this by adopting a far tougher approach to the Taliban until the group upholds its previous promises to respect the rights of all Afghans.

Post Views: 69
Previous Iran cracks down on protesters after death of woman arrested over hijab
Next US Military Base in Northeast Syria Comes Under Attack