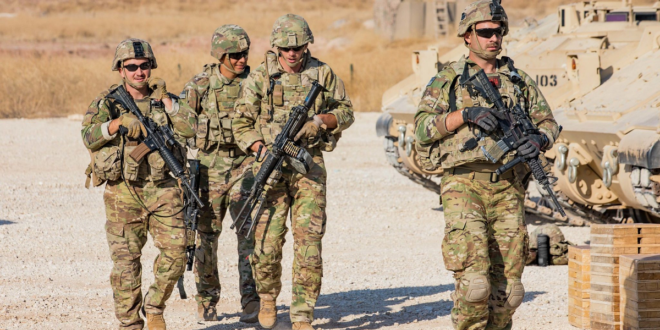 US Military Base in Northeast Syria Comes Under Attack

US troops on a base in northeast Syria came under attack. The rocket attack on Sunday failed to strike US or coalition forces or equipment, according to the US Central Command. Three 107mm rockets targeted the Green Village base, CENTCOM said in a statement. A fourth rocket along with rocket tubes was found at the launch point, located some three miles from the base.

The same base was struck last month by Iran-backed rebel fighters, injuring one soldier. There have been more than a dozen rocket and drone attacks against sites housing American forces in Iraq and Syria this year, most blamed on Iranian-backed militias and factions.

Post Views: 66
Previous Time to Get Tough on the Taliban
Next US-NATO escalation in Ukraine risks nuclear war