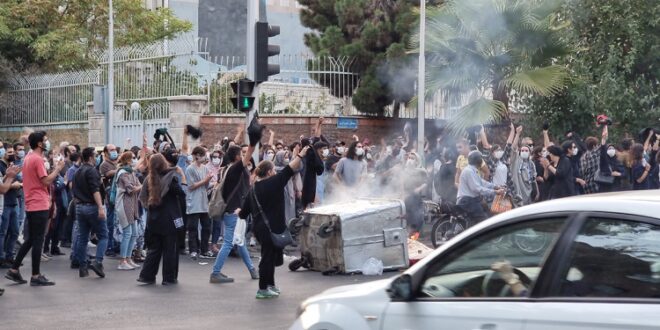 The latest round of mass protests in Iran erupted over the death of Mahsa Amini, a 22-year-old woman. She died on Sept. 16 at the hands of the so-called morality police for allegedly violating Iran’s rules on mandatory veiling in public.

Amini’s tragic death is yet another reminder of how the Islamist rulers in Tehran remain tone-deaf to the demands of the Iranian people. Opposition to mandatory wearing of the veil, or hijab, is one in a long list of public grievances.

The violence that led to Amini’s death was not accidental. It is part and parcel of Iranian Supreme Leader Ali Khamenei’s attitude toward any political dissent. He continues to believe that violent repression will drive protesters to retreat. But his policy choices are only deepening raw public anger against the Islamic Republic. Not only is Khamenei inciting the Iranian people against the regime, but his insistence on mandatory hijab-wearing is splitting the Islamic clerical class.

Khamenei engineered for Ebrahim Raisi to become Iran’s president in sham elections held in June 2021. Once in office, Raisi was supposed to focus on creating jobs, building new housing, and tackling corruption.

None of these promises have been kept. Instead, the Raisi government has allocated additional funds to the country’s security forces to more strictly enforce Iran’s mandatory hijab law. There are reports that Iran is now looking to introduce Chinese-style mass electronic surveillance of the public.

Why focus on enforcing such a highly unpopular policy? In Khamenei’s mind, compromising with the Iranian people in one area will only result in a cascade of demands for change in others, from domestic to foreign policy. That’s why Khamenei, from the top, has given orders to crack down on the “anti-hijab” movement.

Post Views: 99
Previous Memo to the President: How to Deter Russian Nuclear Use in Ukraine—and Respond if Deterrence Fails
Next Why Khamenei is unlikely to pick his son to succeed him as Iran’s supreme leader