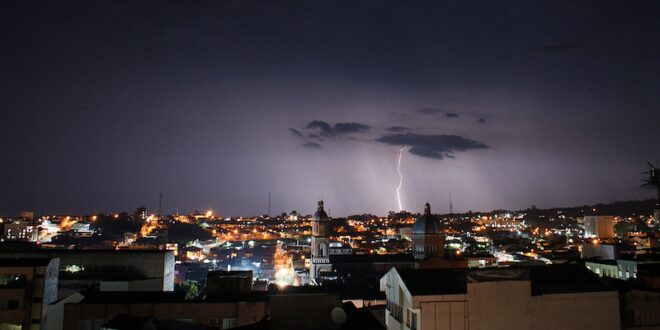 Ever since the 2020 Nagorno-Karabakh War, Armenia has been backed into a geopolitical corner. The country has had to rely on Russian protection amid diplomatic hostilities with Turkey and Azerbaijan, yet its “protector” has been notably absent when needed the most.

Armenians have often felt the brunt of aggression, whether the Armenian Genocide, deportations by Stalin that altered demographics in Armenian majority regions such as Karabakh, and the now infamous 2020 war with Azerbaijan. Now with renewed hostilities with Azerbaijan, which include a foray into mainland Armenia, the country has reached a critical point with regard to its geopolitical orientation; and there’s little optimism surrounding the way forward.

Bilateral ties between Armenia and Azerbaijan have ranged from cold to outright hostile, particularly when the Karabakh region is involved. Though historically an ancient Armenian city, border manipulations by Soviet dictator Josef Stalin incorporated the area into the Azerbaijani SSR, which the international community recognizes as part of modern day Azerbaijan. Various pogroms took place between Armenians and Azerbaijanis as the Soviet Union collapsed, leading to the 1992 Nagorno-Karabakh War. Armenia emerged victorious, but it came at the cost of little to no international support for the resulting separatist region, and a refugee crisis of fleeing Azerbaijanis, which various Armenian PMs did not seek to integrate or compensate, eventually setting the stage for the renewed ultranationalist rhetoric of Azerbaijani PM Ilham Aliyev.

In September 2020, having enough of perceived diplomatic stalling by Armenia and the OSCE Minsk Group, Aliyev declared war against the Armenian military-backed forces in Artsakh. The resulting conflict was the most conventional since Desert Storm, though soon to be eclipsed by the Ukraine war, as the now infamous Baykar Corporation made TB2 Drone proved a tactical game-changer which helped break down Armenian defenses in less than two months. The end result was a decisive victory for Azerbaijan and a capitulation signed by the Armenian government, backed by the Russian Federation.

Both Armenia and Azerbaijan suffered significant casualties during the fighting, and the war paved the way for renewed Russian influence in the South Caucasus as Armenia was forced to recognize that it existed as a de facto vassal of the Kremlin.

According to the Kremlin-brokered trilateral agreement that ended the fighting, Russian peacekeepers would be deployed to the region and Armenia would eventually withdraw from Karabakh. Yet document ended up being as solid as the paper it was typed on, as numerous ceasefire violations soon took place without Russian peacekeepers intervening. Likewise, the international community also stood idly as numerous war crimes unfolded in the aftermath of the war; for example, the destruction of ancient Armenian antiquities in alleged acts of cultural genocide.

Armenia, a country that once attempted to distance itself from Russian influence with the Velvet Revolution, is now paying a geopolitical price for its close-knit relations with the Kremlin, and especially in the wake of the Ukraine war. Under then Prime Minister Serzh Sargsyan, Armenia congratulated Russia following its annexation of the Crimea in 2014, while Azerbaijan condemned it, ushering in new trade and diplomatic opportunities for Baku and only isolation for Yerevan. Likewise, the Artsakh President Arayik Harutyunyan praised Russia’s recognition of the faux independence of the Donbas region. These have been fatal diplomatic decisions that only benefited the Kremlin and fueled Armenia’s continued isolation.

Where Armenia could take risky diplomatic decisions as long as it had the full military might of Russia as a guarantor, a new reality has come crashing down in the past seven months. Russian military capabilities have been several weakened amid the Ukraine war, so much so that the order was been made to recall several units from Syria, occupied parts of Georgia, and Tajikistan. These developments have left Russian forces stretched thin, and the results are starting to show in its sphere of influence.

Tajikistan has renewed border tensions with Kyrgyzstan and Azerbaijan has invaded Armenia proper to force further concessions on Yerevan. Putin has stepped up relations with the Turkish President Tayyip Erdogan despite NATO condemnation over Erdogan’s S400 purchase and lax enforcement of sanctions on Russian oligarchs. The EU, now scrambling amid Russian gas cuts, has looked to Azerbaijan to fill the import gap, despite the country’s numerous human rights abuses, rampant cultural destruction of Armenian artifacts, and crackdowns on dissidents and journalists.

The recent forays along the Armenian border comes at an opportunistic time for Aliyev, attacking Armenia in preparations of the United Nations General Assembly akin to the 2020 War, and with a weakened Russian military presence. Like the 2020 war, there has been documented war crimes such as a telegram video taken by the Azerbaijani military of the desecration of a female Armenian soldier. Baku also solidified an alliance with Putin in the beginning phase of Russia’s invasion of Ukraine. It now looks as if Moscow has moved onto alliances which can benefit its economy and strategic objectives, leaving Armenia without the strategic capacity to defend itself alone.

The recent visit by U.S. House Speaker Nancy Pelosi has helped renew a sense of optimism in the country, as it hints at the possibility that US foreign policy might fill the void in the event of a potential collapse of the Russian Federation – a contingency that the international community should have prepared for more thoroughly after 1991, when the USSR fell. Where the CTSO has consistently failed Armenia, both the French and US governments have attempted to step up influence in the country, especially as US and French relations with the Turkish government have soured over the past several years.

Armenia has become one of the biggest losers of the Russian-Ukrainian War while its two neighbors, Turkey and Azerbaijan have used their geography, resources, and soft power on the international stage to advance their interests. The recent aggression by Azerbaijan on Armenia’s borders has revealed Russia’s collapsing influence in its sphere of influence to the world, speak nothing of an evident lack of concern over its own allies.

The resulting geopolitics provides the Western world with an opportunity to reconcile with states that were once beholden to Moscow. Nonetheless, Armenia likewise must prepare to detach itself from the Kremlin’s orbit – something that recent history shows is easier said than done.

Post Views: 119
Previous The US Dollar As The World’s Dominant Reserve Currency – Analysis
Next The Broader Implications of Xi Jinping’s Central Asia Visit