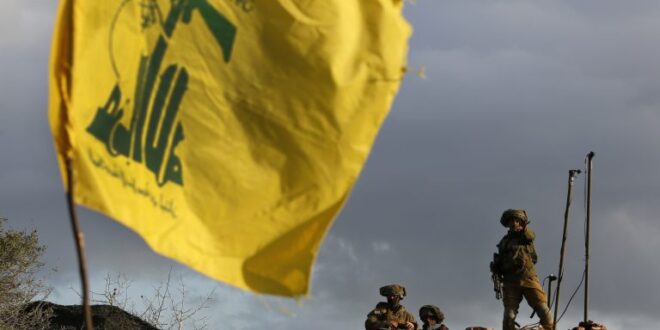 The leader of Lebanese Hezbollah is threatening to attack an Israeli gas project off the Lebanon-Israel coast if it becomes operational before their sea border is agreed upon.

A sea border deal between Israel and Lebanon would help Lebanon’s economy, which has deteriorated sharply in recent years largely due to acute shortages of energy.

Hezbollah’s leaders and their backers in Tehran do not want a sea border deal to pave the way for Lebanon’s eventual normalization of relations with Israel.

Lebanese-Israeli maritime border negotiations have been taking place, with varying levels of intensity, since 2011, with the intent of delineating the two countries’ exclusive economic zones in the eastern Mediterranean. Successful talks would enable Lebanon to develop and exploit the rich gas resources off its coast and ease the country’s increasingly acute energy and financial crises. The talks intensified in mid-2022, brokered by U.S. energy envoy Amos Hochstein, as the United Kingdom-based energy firm Energean approached the completion of its development of the Karish offshore gas field in a section of the eastern Mediterranean that is claimed by both Israel and Lebanon. The field is expected to begin producing gas by early October. U.S. envoy Hochstein visited Beirut again in early September in an effort to reach an agreement ahead of the start of Karish operations, saying after meeting Lebanon’s President Michel Aoun that: “I think we’re making good progress…I’m very hopeful we can reach an agreement.” On September 15, President Aoun said publicly that U.S.-mediated negotiations to mark the Lebanon-Israel maritime border “have gone a long way,” and that the technical details of a potential agreement are currently being studied “for the interest of Lebanon, its rights and sovereignty.” Aoun is hoping that an agreement could be reached prior to a scheduled constitutional transfer of power on October 31, although the selection of a new president by the Lebanese parliament might be delayed beyond that date.

U.S., Lebanese, and Israeli leaders appear to see substantial benefits for all sides in the expected sea border agreement. The reported deal under discussion would give Israel control over the Karish natural gas field, and Lebanon control over the Qana field – both fields lie in areas that have been disputed. Looking ahead to a potential deal, Lebanon has begun receiving offers from regional and international energy majors to develop the Qana field. Because the reported agreement will involve some, if minor, territorial concessions by Lebanon, the negotiations were slowed substantially because of disagreements among Lebanese leaders over the Israeli offers. Incumbent Lebanese leaders, as well as the presidential candidates, have all calculated how the potential deal with Israel might affect them and their constituencies.

Standing outside the negotiations has been one key Lebanese political actor that has demonstrated the potential, to unilaterally decide issues central to Lebanon’s national security, including whether there is war with Israel. Hezbollah has not taken part in the sea border negotiations because its participation would imply recognition of Israel’s legitimacy as a nation-state. On September 17, the Secretary-General of Hezbollah, Hassan Nasrallah, warned that “In the event that Lebanon does not obtain its rights [over all sea border territory it claims], which are demanded by the Lebanese state, we are going to escalate, whether the nuclear agreement is signed or not.” He added that Hezbollah’s threat to attack the Karish field development was independent of whether Hezbollah’s patrons in Tehran ultimately decide to accept the draft agreement to revive the 2015 multilateral Iran nuclear deal, which has been negotiated among the United States, Iran, and five major powers including Russia and China. He stated that: “our missiles are locked on Karish.” Nasrallah’s latest threat followed Hezbollah’s July launch of unarmed surveillance drones toward the Karish field as an implicit threat of a potential attack on the development; Israel shot down all four drones well before they reached the gas rig location. In response to earlier Hezbollah threats, Israeli Defense Minister Benny Gantz warned that Lebanon would pay the price for any Hezbollah attack on the Karish project, stating: “If [Hezbollah leader Hassan] Nasrallah wants to try and harm and to complicate this process, he is welcome to do so…the price is Lebanon.”

Hezbollah’s threats to attack the Israeli project at Karish – even if widely regarded as posturing – cannot be ignored. Backed extensively with Iranian missiles, drones, funding, and advice by the Islamic Revolutionary Guard Corps (IRGC), Hezbollah is the most powerful armed force in Lebanon and it is not easily reined in by the Lebanese Armed Forces or the Lebanese government. Hezbollah engaged in a major conflict with Israel in 2006 – which involved Israeli strikes throughout Lebanon, not limited to Hezbollah strongholds – even though the Lebanese government did not vote or otherwise decide to combat Israel. The loss of a parliamentary majority on the part of Hezbollah and its allies in the May 2022 elections signaled that the party’s support among non-Shia constituencies has eroded, and Hezbollah’s hard line on the Karish project might reflect an attempt by Hezbollah to burnish its nationalist credentials. By opposing any concessions on the sea border, Hezbollah seeks to reinforce its image as “resistance” to Israel. Additionally, Hezbollah seems to view any deal with Israel on the sea border as an incremental step toward the potential normalization of relations with the Jewish state, a decision taken recently by other Arab states. Iran, Hezbollah, Syria, and other members of the Iran-backed “resistance axis” staunchly oppose recognizing Israel as a legitimate regional state. Yet, Lebanese political leaders appear to have agreed that the economic benefits of a deal outweigh ideology, and, with the probable backing of the Lebanese public, they likely will succeed in dissuading Hezbollah from blocking an accord.

Post Views: 113
Previous Azerbaijan Exploits Quagmire in Ukraine to Renew Hostilities Against Armenia
Next Op-Ed: Should the U.S. declare Russia a sponsor of terrorism? We need more than a ‘no’ from Biden