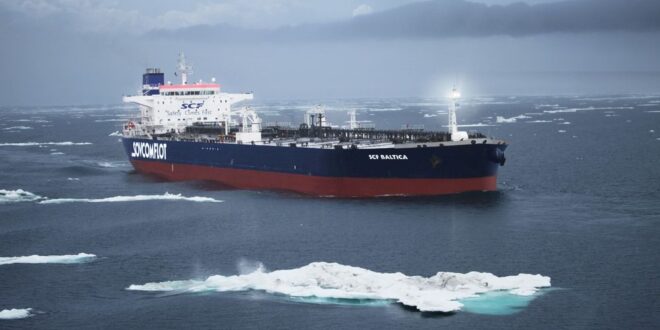 The Oil Market Has a Big Russia Sanctions Problem

The US administration is running out of time to prevent European sanctions on Russian crude from causing a spike in oil prices.

For months now, the Treasury has been fighting hard — in the face of much skepticism and ridicule — to soften European sanctions that bar providing insurance and other services for tankers moving Russian oil anywhere in the world.

Why make such a seemingly pro-Moscow move? Because the Treasury is terrified that without those key services about 2 million barrels a day of Russian crude will stop flowing, followed three months later by refined products. An oil supply crisis will ensue, prices will pop, sending US gasoline soaring again, and triggering another sickening wave of inflation.

Then there’s the question of how. The answer has been to try to get a clause inserted into the Europe Union’s sanctions saying that if Company X pays less than a yet-to-be-decided capped price for a cargo of Russian oil, then European insurers and reinsurers will still be allowed to provide cover, Danish pilots will be permitted to guide vessels out of the Baltic Sea and crude will continue to flow. But inflows to the Kremlin’s war chest will be squeezed by cap on prices.

But getting that clause inserted is no easy task in a 27-nation bloc whose members all have their own strong vested interests. On Monday it emerged that plans to impose a cap have been delayed.

That matters because the start date for Europe’s punitive sanctions on crude shipments is Dec. 5 — just over nine weeks away. Critically, even cargoes on the water will be uninsured after that date. With an average voyage time of about 45 days from Russia’s Baltic Sea ports to China, traders have just over three weeks to sort out this insurance question. Not surprisingly, they want clarity from governments over what the rules will be.

Dithering has been profoundly unhelpful. It’s time to give the oil industry and traders the clarity they need.

Post Views: 94
Previous What Xi must tell Putin now
Next Shock and Awe: Who Attacked the Nord Stream Pipelines?