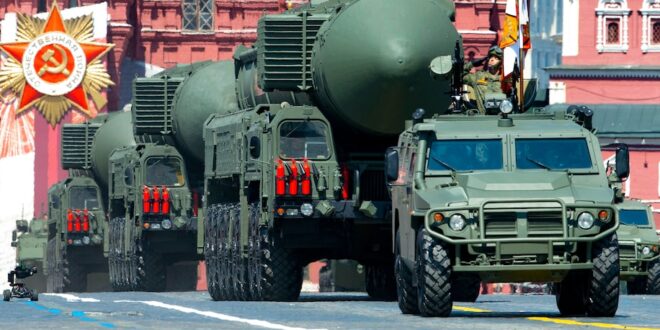 What Xi must tell Putin now

In his Sept. 21 speech, Putin desperately sought to align Russia’s military and political objectives into a coherent, albeit misguided, whole. He announced Russia’s call-up of reservists to hold the Donbas region of Ukraine, where Russian forces have withdrawn to more defensible lines after being pummeled by the Ukrainian counterattack near Kharkiv. Putin again threatened the use of nuclear weapons to protect Russia’s “territorial integrity,” including new claims of large parts of Ukraine. Politically, Putin is carrying forward with sham referendums in four Ukraine regions now under Russian control, presumably leading to their eventual incorporation into Russia — a repeat of the illegal playbook he used in Crimea in 2014.

The “annexed” territory would presumably then fall under Russia’s nuclear umbrella. When both the military and political components are in place, Putin might believe he will be in a stronger position militarily and diplomatically.

Instead, Ukraine will likely escalate militarily to contest and regain lost territory, while deferring diplomacy. More Russian reservists might need to be called up, exacerbating growing Russian domestic opposition. All of this raises the very real risk that Putin will follow through on his misguided threat to use nuclear weapons to try to salvage the Russian military position and his position as president.

The course Putin has threatened would be a global disaster, with unique implications for China. That’s likely why Beijing has moved from a rhetorical “no limits” friendship to now urging the Kremlin to de-escalate. Much more is needed to influence Putin.

The most sensible policy choice for China is to wield its unique position of influence to encourage more “rational” decision-making by Putin. In particular, President Xi must make clear to Putin that nuclear use is a line he must not cross and that nuclear saber-rattling itself threatens the global nuclear order.

We saw last week that Putin is sensitive to Xi’s public position on the war, going out of his way to say he would address China’s questions and concerns. Given Russia’s increasing economic and geopolitical reliance on Beijing, Putin cannot afford an irreparable rift with Xi. A public statement by Xi regarding the unacceptability of nuclear use by Russia in Ukraine would certainly have an impact on Putin. Xi could underline the point by reminding Putin of China’s continuing importance as the No. 1 destination for his energy exports, noting this would have to be reassessed if Putin were to use nuclear weapons.

At the beginning of 2022, Putin joined with the leaders of China, France, the United Kingdom and the United States to declare that a “nuclear war cannot be won and must never be fought.” Xi must now hold Putin to that statement and make clear that any use of nuclear weapons in the Ukraine conflict is unacceptable.

President Biden should also urge Xi to reassess China’s great-power alignments, including Beijing’s relationship with Moscow. Less threatening, more predictable partners would offer greater stability for Asia than a Russian president intent on an increasingly irrational course while presiding over a weakened and isolated state.

A nuclear war is certainly not inevitable, but the risk of Russian nuclear escalation is real and would be ignored at our collective peril. There is wisdom in restraint in the face of Putin’s nuclear threats. China and the international community, including India, must use all the diplomatic tools they can muster to reduce the risk of nuclear conflict and dissuade Putin from compounding the grievous mistake of starting this war by further escalating it.

The United States and China can — and must — now work together with Europe and other nations to help end this war on the “just terms” called for by Biden in his speech to the United Nations. Cooperation is essential to reduce the risk of nuclear weapons being threatened, or used, by any state. The nightmare scenario of nuclear weapon use in the war in Ukraine is relentlessly coming into sharper focus, and a decision by any country to stand on the sidelines should be viewed as an act of complicity.

Post Views: 92
Previous Russia Will Use Its Ally, a Nuclear-Armed Iran, to Better Threaten the West
Next The Oil Market Has a Big Russia Sanctions Problem