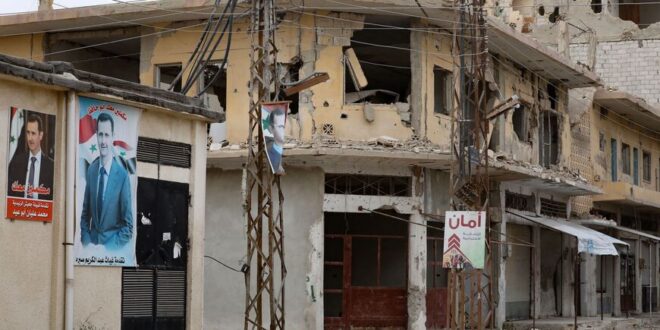 Syrian government forces are deployed in the Syrian desert in preparation for a large campaign against the Islamic State.

Media sources from Deir ez-Zor in eastern Syria told Al-Monitor that government forces instructed members in Deir ez-Zor and Raqqa to mobilize ahead of a major military operation in the Badia region of the Syrian desert. The operation will comb the Deir ez-Zor-Homs-Raqqa-Hama countryside at the behest of Russia, according to the sources.

The sources also revealed high-level coordination between Russia and Iran in the Deir ez-Zor area regarding this operation, especially in the western Deir ez-Zor countryside.

Russian aircraft six days ago bombed several Islamic State (IS) sites near Jabal al-Bishri west of Deir ez-Zor, the sources said, and a few days ago a member of the Syrian Republican Guard was killed and another wounded when their booby-trapped car exploded at the Tabqa airbase to Raqqa’s west.

Zain al-Abidin al-Akeidi, a journalist from the Deir ez-Zor countryside, told Al-Monitor, “The goal of the military operation is to secure certain axes in the Badia, such as the Jabal al-Amour area in Homs countryside, where IS is active. It also aims to secure the Raqqa-Rusafa axis. Over the past weeks, IS has intensified its activities against the regime forces around the vicinity of the Tabqa airport in the countryside of Raqqa. But given the complex geographical nature of these areas, all IS operations recently consisted of booby-traps and ambushes, making it difficult for the regime to dodge them.”

He added, “IS is short on members in the Badia areas. It is mainly relying on ambush operations and is no longer able to launch large-scale military operations.”

In turn, Abbas Sharifa, an expert on radical Islamic groups and researcher at the Jusoor Center for Studies in Istanbul, told Al-Monitor, “The regime is pulling out troops from the Idlib areas as part of the campaign that it is preparing against IS [in the Badia]. The regime has realized recently that the opposition factions would not attack it in northern Syria.”

Sharifa believes, however, that “the regime’s campaign against IS will not eliminate the group. Regime forces had previously launched several operations with Russian air support, but all of them failed. IS cells carry light weapons and move very easily, causing losses among regime forces.”

He argued that in the coming operation, Russia’s part will be limited to air cover, which will not be as intense as in previous operations since Moscow transferred many of its forces in Syria to the Ukraine fronts. “The biggest role will be assumed by the Iranian militias. These militias want to eliminate IS cells obstructing their supply route from Iraq to Lebanon through the Syrian Badia,” he added.

All previous government operations against IS in the Syrian Badia have failed for many reasons, most notably IS’ guerrilla warfare. IS cells are mostly active at night times and their actions are swift.

However, although the government forces might not be able to completely eliminate IS, the latter is no longer capable of capturing areas as it did when it was at its high point years ago.