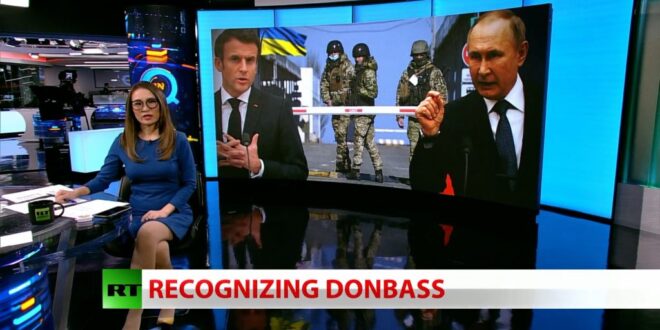 How the US can focus its fight against foreign influence operations

Intelligence is all about decisions: How to allocate limited personnel and technological resources when national security is at stake, and how to convey complex information and resulting assessments to policymakers for awareness and action. The decisions are seemingly endless but are vital to producing the best analysis for key officials on topics that have the greatest impact on national security.

The United States has a massive intelligence ecosystem that gathers more information on more issues than any other country in the world. The true value of this vast amount of information lies in how it is curated, analyzed, and presented to policymakers. To aid in this vital process, the US government has a guide—the National Intelligence Priorities Framework (NIPF)—to identify intelligence priorities and assist agencies and departments with where to focus their efforts.

During the Cold War, the NIPF focused on political, economic, and proliferation issues related to the Soviet Union and its allies, from the performance of the Soviet economy to details about new fighter jets being developed by Moscow and deployed to other countries. In a post-September 11 world, the fight against terrorism took center stage, with an emphasis on determining where the next attack against the United States or its allies could come from as well as gleaning the goals of various organizations and locations of their leaders.

The world is now in another new era, one in which information—and what is viewed as truth—is a central national-security concern. As such, the NIPF needs to include requirements that push analysts to discover how adversaries manipulate the information environment to meet their goals. It should task the Intelligence Community with assessing where, how, and to what extent states and organizations weaponize propaganda, mis- and disinformation, as well as political and social manipulation. While conversations on this issue date back to the mid-1990s, the day-to-day impact of such influence campaigns—combined with the technological capability to spread them quickly—means the United States must finally act.

Tweets, Facebook posts, and YouTube videos are not disparate pieces of content, but rather puzzle pieces that, when combined, reveal to intelligence analysts what their adversaries are working toward. From the actors actually carrying out these influence campaigns across the digital media space to the entities that oversee their strategic implementation, the entire system is akin to a completed piece—one which analysts and policymakers alike need to see in order to fully understand an adversary’s goals and objectives.

Understanding what adversaries plan to do in the short (one-year) and medium (three-year) term is vital to building domestic defenses. That’s why the following questions should serve as a starting point for developing new NIPF requirements:

What are the strategic goals of an adversary’s use of influence campaigns?
Who are the targets of influence campaigns, and why were they chosen?
What are the objectives of influence campaigns against the United States and its allies, and are there any specific timelines?
Who is responsible for crafting each adversary’s influence strategy?
What fiscal allocation is provided to those programs?
What government and non-government ministries, offices, or groups are responsible for conducting influence operations? How and why are they selected?
How are influence activities validated, measured, and evaluated?
What training is provided to tactical- and operational-level influence staff?
What tactics are used in influence campaigns? How are they selected based on target audiences?
Though by no means comprehensive, these basic influence-related requirements in the NIPF can compel the Intelligence Community to allocate resources toward building out a more robust understanding of how adversaries approach influence campaigns and exactly who is calling the shots. Understanding how influence is being used against the United States and its allies could also help the government better position all its agencies—from the State and Commerce departments to members of the Intelligence Community—to build offensive influence campaigns that persuade key audiences of Washington’s own goals and objectives.

Servicing NIPF priorities is no longer exclusively the domain of human-intelligence collectors at the Central Intelligence Agency (CIA) and Department of Defense, the signals-intelligence collectors at the National Security Administration, and counterintelligence agents at the Federal Bureau of Investigation. Open Source Enterprise and similar US government organizations can use their open-source intelligence (OSINT) resources—both human and technology-based—to support the effort. Because foreign-influence operations often play out in the public domain, they can usually be identified, traced, and evaluated to determine their effectiveness against the targeted audience. Experts can piece together the goals and objectives of a specific campaign through OSINT, saving scarce resources such as a CIA operations officer’s time for higher-level collection on those who are actually conceiving, managing, and implementing influence campaigns.

Currently, the US government does not have a lead organization to manage offensive or defensive influence activities. As the Department of Homeland Security recently found, how a government entity frames intelligence-gathering on adversarial actions against US and allied audiences is politically fraught. Americans are culturally sensitive to any suggestion that the government could manipulate their views on issues or their access to information—from traditional news to social media content. A recent effort to establish a government office that works to limit Americans’ exposure to mis- and disinformation was viewed across the political spectrum as untenable and inappropriate.

But that does not mean the task is unnecessary or in violation of American civil liberties. Establishing a multi-agency task force of experts could be a viable first step: It would act as a manager tasking intelligence collection to better understand foreign influence operations; as a consumer of the newly gathered intelligence; and as an analyst producing formal reports for policymakers, as well as educational pieces for the US public to understand what it is seeing and hearing in the media, within social movements, and across politics. The goal would be to understand the “how” and “why” of foreign-influence campaigns and identify offensive campaigns in response that could advance US foreign-policy goals.

Difficult decisions need to be made around what is and is not included in the NIPF. Although there are only so many resources available to collect and analyze intelligence, prioritizing foreign-influence activities is vital. The information space is now at least as important—if not more so—than what happens on the physical battlefield.

Post Views: 75
Previous How the West can thwart the next energy pipeline attack
Next Russia has again tried to change Europe’s borders by force. What’s next?