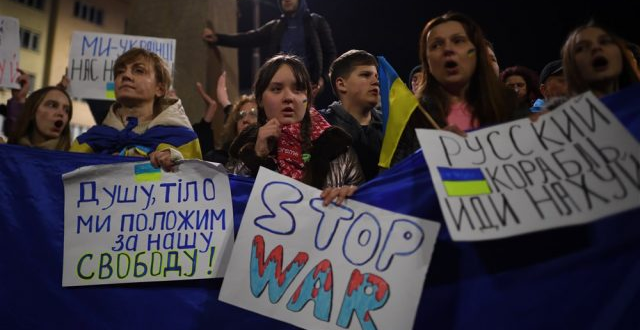 Concerns are growing over the government’s handling of a programme to move Ukrainian refugees from hotels to state-owned facilities, undermining their integration into Bulgarian society.

Since Russia’s invasion of Ukraine in late February, Bulgarians have been pressing their authorities to do more for the tens of thousands of refugees who have sought shelter in the Black Sea country. Now they face a new challenge.

Beginning in late October, Bulgaria’s latest interim government has been trying to transfer thousands of Ukrainians from seaside hotels where they were granted temporary accommodation to state-owned facilities, including military barracks and union residences known for their meagre living conditions.

A November 1 deadline has already been pushed back to November 15, but activists in Varna, the biggest Bulgarian town on the coast, say chaos reigns, with many refugees still unsure where they will be housed, what will happen to children already enrolled in school, and how those with chronic illnesses will be moved.

“The upcoming transfer is causing chaos and it’s a huge stress for the people here,” said a representative of Ukrainian Home, a private cultural and community space founded in 2017 by the Ukrainian community in Varna and now an important logistical hub for Ukrainians fleeing the war.

Post Views: 44
Previous Bosnia is Becoming Depopulated – What to do About it?
Next Encrypted App Breach Exposes Bosnian State’s Ties to Crime