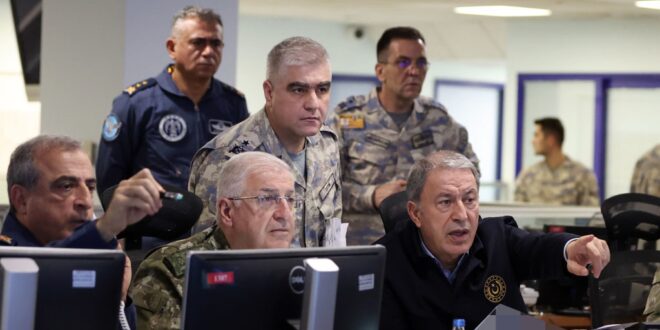 Turkey carried out airstrikes against what it said are bases for armed Kurdish groups in northern Syria and Iraq, claiming that they were used as a base for attacks on Turkey, including the explosion at a popular pedestrian mall in downtown Istanbul last weekend that left six dead and dozens wounded. The main suspect in the bombing, a Syrian national identified as Alham Albashir, was arrested soon after the explosion.

The Istanbul Police Department said she carried out the attack on orders of the Kurdistan Workers’ Party (PKK) and the Syrian armed organization that Turkey says is a branch of the PKK, the People’s Defense Units (YPG). Turkey considers both to be illegal terrorist organizations. The police said Sunday that Albashir admitted during questioning that she was trained by Kurdish militants and entered Turkey through Afrin, another northern Syrian town. Both groups have denied any connection to the attack. Turkey’s Defense Ministry announced the attacks early on Sunday, later tweeting a video showing a target from the air and an explosion with the message: “Terrorist hotbeds razed by precision strikes.”

The UK-based Syrian Observatory for Human Rights said that Turkey carried out more than 20 airstrikes on Aleppo in northern Syria and Hassakeh in northeast Syria. It reported that the attacks killed at least six members of the Kurdish-led Syrian Democratic Forces and six pro-regime soldiers. The Counter-Terrorism Service (in Iraq’s semiautonomous region of Kurdistan said Sunday that 32 Kurdish fighters were killed in more than 25 Turkish airstrikes in northern Iraq and Syria.