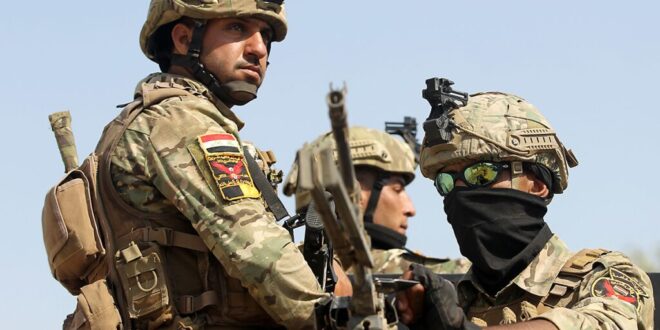 On 24 November, the Iraqi government announced its decision to redeploy troops to the borders with Iran and Turkey, following recent attacks by Tehran and Ankara against Kurdish positions in the Iraqi Kurdistan semi-autonomous region, Al-Awsat news reported.

Thus, he revealed that the agreed measures include “developing a plan to redeploy border forces to hold the line on the borders with Iran and Turkey” and “guarantee logistical support to the Border Forces,” according to Al-Awsat.

Rasul noted that there would also be “reinforcement” of “human capacities and the necessary funds for the delivery of equipment,” as well as “reinforcing the border posts,” as reported by the Iraqi news agency INA.

The Iraqi government on Tuesday “strongly” condemned the latest bombings by Turkey, arguing that “they are a violation of Iraqi sovereignty and an act that contravenes international conventions and laws regulating relations between countries.”

Likewise, the Iraqi Foreign Ministry said in a statement that “they also violate the principle of good neighborliness, which should be a reason to seek participatory security in the service of all parties.”

On the other hand, on 17 November, Iraq launched the eighth phase of an ongoing operation targeting Islamic State (ISIS) remnants in the northern province of Mosul, Al-Mayadeen reported.

The operation, dubbed “Solid Will,” is an extension of an expansive effort by the Iraqi army, the Popular Mobilization Forces (PMF), and Kurdish Peshmerga forces seeking to eliminate the presence of ISIS in the country.

On 24 November, videos were posted to the social media platform Twitter allegedly showing a transfer of weapons by Iran’s Islamic Revolutionary Guard Corps (IRGC) to the border with Iraq, potentially pointing to a ground operation. However, the claims have not been verified by any Iranian officials.

Post Views: 96
Previous The role of UK intelligence services in the abduction, murder of James Foley
Next Pentagon fails to pass new financial audit, unable to account for over $2 trillion in assets