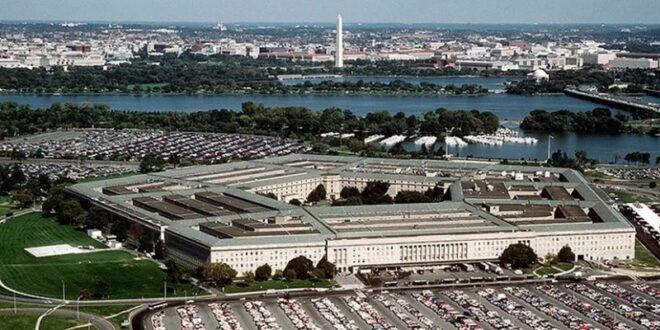 India and issues relating to the country figure large in the latest US Department of Defense (Pentagon) report to Congress released on Tuesday. It needs to be emphasised that this is a report of a major US department which spends a great deal of money on ensuring the security of the United States (US). The money is appropriated by the US Congress, and therefore, there is often a tendency to overstate threats or to make them sound more immediate than they actually are. At the same time, while the Pentagon may be guilty of overstatement, its assessments are not figments of their imagination, but extrapolations of actual developments on the ground.

The headline takeaway from the 2022 report is that China could triple its nuclear arsenal by 2035. This is something that has significant implications for India. The report also comments on the China-India border issue where it says that the PLA has sustained “the deployment of forces and continued infrastructure build-up along the LAC.”

At present, Beijing’s nuclear holdings are still a fraction of those held by Russia and the US. As of January, according to the Stockholm International Peace Research Institute, Russia had nearly 1,588 deployed and 2,889 stored warheads, while the US had 1,744 deployed and 1,964 stored warheads. China was listed as having 350 stored warheads and India and Pakistan have about 160 each.

A jump to some 1,500 warheads in another 12 years is certainly a matter of concern. But what we have as evidence is pretty thin. Primarily, it relates to its fast breeder reactor programmes which are now coming online and the speculation is that these are to produce plutonium for additional warheads. Note that while western countries have abandoned fast breeder programmes, countries such as China and India still continue with them.

The US is also citing as additional evidence, the building of new fields of silos for long-range missiles. Last year, the US revealed that there were three locationwherere Beijing was constructing at least 250 new long-range missile silos. However, whether these silos were aimed at a shell game to move around existing missiles, or to be populated with newer missiles and warheads is not clear. For decades, China had just about 20 silo-based long-range missiles.

A probable third input for the figure that the Pentagon is floating is the influential former Editor-in-Chief of Global Times, Hu Xijin, who as an editor wrote in his paper in 2020 that China needed to expand the number of its nuclear weapons to 1,000 in a short time and have at least 100 long range DF 41 missiles. More recently, he tweeted that unless China built a force to that level, it will not be able to deter the US efforts to prevent the reunification of Taiwan by force.

The Trump administration had sought to bring China into trilateral arms control talks with the Russians and tried to condition the extension of the 2010 Russia-US New Strategic Arms Reduction Treaty (New START) that was to expire in February 2021 to Chinese participation. The incoming Biden administration extended the treaty, but has made it clear that it would seek Chinese participation in any future agreement.

The obvious question posed by this development is whether China is moving away from its “No First Use” posture. As the 2019 White Paper on Defence noted China is committed to a “nuclear policy of no first use of nuclear weapons at any time and under any circumstances.” Further that China does not “engage in any nuclear arms race” and that it “keeps its nuclear capabilities at the minimum level required for national security.”

The primary reason was the concern that the US military capabilities like missile defence and conventional precision strike weapons could quickly degrade the effectiveness of the small Chinese arsenal to mount a retaliatory attack. All this has led to a modernisation of the arsenal, which ranges from the new silos to new road-mobile long-range missile systems and new strategic nuclear submarines.

According to Tong Zhao, a senior fellow at Carnegie’s nuclear policy programme, the growing estrangement with the West involving issues like human rights, democratic values, rule of law and so on, China feels that it is in a geopolitical situation which the US and its allies are trying to exploit with a view of containing China.

In addition, according to the Pentagon report, Beijing is also investing in its space and counter-space capabilities and developing a range of technologies including kinetic kill missiles, ground-based lasers and orbiting space robots.

All this poses a dilemma for India. There has been talks about India modifying its NFU posture, but no discernible action has taken place. India continues to construct its missile arsenal at a leisurely pace. Statements of security officials like Ajit Doval or the late Defence Minister Manohar Parrikar do seem to indicate that there is nothing hard and fast about India’s “No First Use” (NFU) posture.

But even a doubling of China’s current arsenal would require some rethink on the number of Indian warheads. The logic that is impelling an expansion and modernisation of the Chinese article vis-à-vis the US, holds good for India in relation to China.

To deter the United States (US), the Chinese will not only seek to construct an arsenal of a certain size but also take into account its survivability and the ability to retaliate through the US BMD systems. This involves not just the nuclear weapons and their platforms like submarines and aircraft, but also space-based systems for both offence and defence.

What the Chinese develop to deter the US could be over-kill in the Indian context and therein the danger. Not surprisingly, weaker India is seeking to partner with a number of countries in the Indo-Pacific to balance China. The Pentagon report says that the Chinese “have warned US officials to not interfere with the PRC’s relationship with India”. It’s not clear what that implies because what New Delhi is seeking is not a security umbrella from the US, but assistance, primarily technologies, that could help offset Beijing.