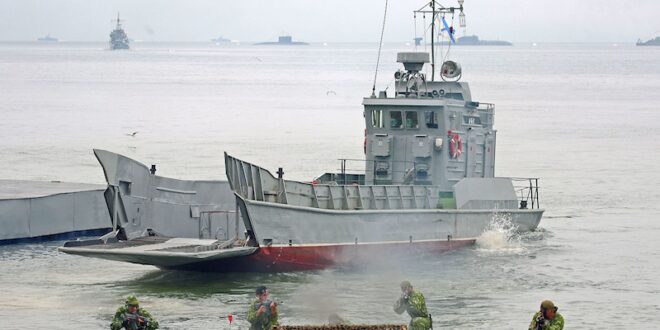 This is the last social media post by 28-year-old Valeria Hlodan from Odesa.

On April 23, a Russian missile fired from the Caspian Sea hit the 16-story building where Valeria and her family lived. The fourth and fifth floors of the building collapsed, and the house caught fire. Twenty people were injured and eight died. The rocket claimed the lives of three generations of the family living on the fourth floor: Valeria; her 3-month-old daughter, Kira; and Valeria’s mother, LyudmylaYavkina.

Shortly before the attack, Valeria’s husband, Yuriy Hlodan, had gone to the store to buy groceries. Yuriy rushed home and demanded that rescuers let him into the burning apartment. He found the bodies of his wife and her mother. Later, rescuers carried out the body of his daughter.

The fact that a missile launched from the Caspian Sea claimed the lives of three generations of one family was revealed to the world in a video message from Ukrainian President Volodymyr Zelenskiy. “Among those killed was a 3-month-old baby girl. How did she threaten Russia? It seems that killing children is just a new national idea of the Russian Federation,” Zelenskiy said.

It was one of the first deaths reported outside of the Ukraine combat zone. At that time, the fighting was largely focused in the Kherson, Zaporizhzhya, and Mykolayiv regions, hundreds of kilometers east of Odesa. But Russia continued to shell civilian targets far from the combat zone.

On May 3, Tu-95 strategic bombers launched high-precision missiles from the Caspian Sea at infrastructure targets in the Lviv, Dnepropetrovsk, Kropyvnytskiy, Vinnytsya, Kyiv, and Zakarpattya regions.

In the west and in the center of the country, there were explosions on the railways; the trains stopped running. In a number of regions, generating facilities failed and residents were left without electricity.

On June 26, Russia fired six X-101 high-precision missiles in the direction of Kyiv from the Caspian Sea. The Ukrainian air-defense system shot down several missiles, but one hit a residential building in Kyiv, killing one person and injuring five others.

Russia continued to launch missiles from the Caspian Sea in July, August, and September. In October and November, the Russian military even stepped up its missile strikes following retreats in the south and east after setbacks at the front.

Missiles fired by Moscow — Russia launched missiles from missile-carrying aircraft in the Caspian Sea, ships in the Black Sea, and in the Rostov region — disabled energy and water facilities across Ukraine, leaving millions of people without water and electricity. On October 10, the Russian Defense Ministry said that missile strikes on military installations and power systems had “hit the target.”

The Silence Of The Caspian States

Four years ago, after 22 years of negotiations, the leaders of the five littoral states of the Caspian Sea — Azerbaijan, Iran, Kazakhstan, Russia, and Turkmenistan — signed a convention defining its legal status. The convention regulates the rights and obligations of the parties in relation to the use of the Caspian Sea, including its waters, bed, subsoil, natural resources, and airspace.

According to the document, the parties agreed to use the sea only for peaceful purposes.

The “sea of friendship” that Nazarbaev spoke of was enshrined in Article 3 of the convention: The parties agreed to “use the sea for peaceful purposes, turn it into a zone of peace, good-neighborliness, friendship, and cooperation.”

At the meeting, the leaders of the other countries also praised the convention.

Then-Iranian President Hassan Rohani said that it was important not only to adopt the convention but to implement it properly.

Azerbaijani President Ilham Aliyev called the convention a “historical document” and the sea a “zone of stability and security.”

Assessing the document as an “epoch-making event,” Putin said the convention “guarantees that the Caspian Sea will be used only for peaceful purposes.”

Four years after Putin’s words, Russia launched missiles into Ukraine and turned the Caspian Sea into part of the war zone, but the states on the Caspian coast have yet to react.

After Moscow launched missiles from the Caspian on June 30, the Ukrainian Foreign Ministry issued an appeal in which it called on Azerbaijan, Iran, Kazakhstan, and Turkmenistan “to make every effort to force Russia to adhere to its international legal obligations, in particular the Convention on the Legal Status of the Caspian Sea.”

The sixth Caspian summit had been held in Ashgabat on the day before the Ukrainian appeal, with the participation of the leaders of Azerbaijan, Iran, Russia, Kazakhstan, and Turkmenistan. According to the communiqué adopted on June 29, the coastal states reaffirmed the principle of using the Caspian Sea for peaceful purposes.

None of the leaders attending the meeting raised the issue of Russia’s use of the Caspian for military purposes.

Dependence On Russia, Or Naked Self-Interest?

RFE/RL’s Kazakh Service asked the Kazakh Foreign Ministry why Astana did not respond to Russia’s use of the Caspian to fire missiles at Ukraine. The ministry responded that “all the provisions of the convention, including Paragraph 2 of Article 3 (the use of the Caspian Sea for peaceful purposes, turning it into a zone of peace, good neighborliness, friendship and cooperation, resolving all issues related to the Caspian Sea by peaceful means), apply only to the Caspian states and are focused on relations between them and do not regulate the sphere of interaction with third countries.”

Analysts say the convention is really only aimed at regulating relations between the participating parties. According to the convention, the Caspian states are obliged to respect each other’s territorial integrity and independence, not to use force against each other, and not to interfere in each other’s internal affairs. The convention contains only one provision concerning third countries: that armed forces not belonging to the parties should not be on the sea.

“I think the view of the Caspian littoral states is that Russian vessels are in international waters even in the Caspian — or are in Russian waters. The only thing the other littoral states have committed to is keeping outside powers out,” says Paul Goble, a longtime analyst of Russian and post-Soviet affairs.

Michal Pietkiewicz, a lawyer and professor at the Faculty of Law and Administration at the University of Warmia and Mazury in Poland, who has studied the Caspian convention, notes that it is only a regional document, a closed system for coastal countries. Therefore, according to Pietkiewicz, in practice, Russia did not violate the provisions of the convention in relation to the Caspian states.

“In the preamble of the convention, the parties to the treaty emphasized that all issues regarding the Caspian Sea are within the exclusive competence of the parties. Summing up: The Caspian convention is a closed system (only for coastal states), so the final question arises: Can military activities conducted from Russian territory against a state that is not a party to the convention be regarded as a violation of the ‘peaceful purposes’ clause?” Pietkiewicz asks.

“And in trying to give an answer, we should ask another question: Did Russia threaten or use force against the territorial integrity or political independence or in any other manner undertake any actions inconsistent with the principles of international law embodied in the charter of the United Nations against Azerbaijan, Iran, Kazakhstan, and Turkmenistan? The answer is no.”

The Kazakh Foreign Ministry also told RFE/RL that the convention had not entered into force, so “Kazakhstan has no legal grounds to require Russia to comply with the provisions of the convention.”

In 2018, the convention was publicly signed by the five Caspian countries and then the document was ratified by all of them, except Iran. Iran refused to ratify the convention because it said the document did not meet its strategic interests and the issue of determining the baselines dividing the sovereign territory of each state had not been resolved.

Despite the fact that Iran has not ratified the convention, this has nothing to do with the fact that the Caspian countries have not expressed concern about missile launches, Pietkiewich believes, because each of the coastal states is independent and can act independently.

But the main reason the Caspian states have remained silent about the missile launches is their dependence on Russia, analysts say. The Caspian states are members of alliances led by Russia.

Kazakhstan is a member of the Collective Security Treaty Organization and the Eurasian Economic Union. The country also depends on Russian trade: Russia’s share of Kazakh imports is 38 percent. Kazakh oil exports to Europe pass through Russia.

Since the beginning of the year, Russia has partially or completely stopped the operation of the Caspian Pipeline Consortium, which carries Kazakh oil through its territory, four times. Analysts suggest that it’s because Kazakhstan has not publicly supported Russia in its war with Ukraine, allowing tens of thousands of Russians fleeing a military mobilization in Russia into Kazakhstan and declining to recognize the Kremlin’s declaration of four partially controlled Ukrainian regions as sovereign states.

Turkmenistan and Azerbaijan are members of the Commonwealth of Independent States and both have established trade and economic relations with Russia.

And following Russia’s invasion of Ukraine, Tehran and Moscow have strengthened military cooperation, with reports that Iran is providing Russia with military drones. According to Kyiv, its military has shot down more than 300 Iranian-made drones. On October 16, The Washington Post reported that Iran had sold not only drones but even ballistic missiles to Russia.

In an interview with The Economist, Vadym Skibitskiy, Ukraine’s deputy head of military intelligence, said that Iranian missiles would be delivered by air to Russian-occupied Crimea and by sea to Russian ports on the Caspian Sea. The Economist predicted that, after receiving these missiles, Russia will step up its air strikes.

“There is a lack of responsibility for other states (here for Ukraine), and a lack of solidarity with other states (Ukraine), and some states are too afraid of losing their gas and oil supplies. Therefore, the particular interests of an individual state sometimes take precedence over the global situation,” Pietkiewich says. “Nevertheless, if we remain silent about the violation of the basic norms of international law, this gives the aggressor a free hand. Acts of aggression may spread to other territories, including ‘silent’ states.”

Says Goble: “I think that the others should make it very clear that this use by Russia of the Caspian is inconsistent with the spirit, if not the letter, of their agreement. I fear none of them would be willing to do so individually, and I don’t see much prospect for a collective démarche.”