Afghanistan: ‘Two feet and a lot of skin’

GURBUZ, Afghanistan – Government officials in this town in Khost province refer to the cross-border operations simply as “Suicide, Inc”, a sophisticated joint venture between al-Qaeda and the Taliban.

alone, which sits opposite the outlaw Pakistani city of Miram Shah, there have been two dozen suicide bomb attacks in the past year. In one of the most recent attacks, a suicide blast killed six civilians and injured 31 people in Khost city.

The figure spiked late in the year because of a “peace deal” signed between Pakistan’s government and tribal elders of North Waziristan who are in league with the Taliban and al-Qaeda,Â  according to Western diplomats and a just-released United Nations report.

After the deal, attacks went up by 50% in Khost and by 77% in neighboring Paktika, according to the UN report, along with a near-tripling of such attacks in 2006. Citing fresh transfers of bomb-making technology from the war in Iraq to this remote South Asian frontier, UN Secretary General Ban Ki-moon said bombers and insurgents have been “emboldened by their strategic successes, rather than disheartened by tactical failures”.

A record number of 77 suicide attacks were recorded in the past six months, up from 53 over the previous six months, with most directed against foreign military convoys, “but civilians were increasingly targeted”, Ban said.

“According to national and international security sources, the training camps for these attacks are located outside Afghanistan,” Ban said. “The al-Qaeda-affiliated trainers in these facilities reportedly include Chechens and Uzbeks, as well as Yemenis and other Arab nationals. Four of the 12 identified suicide bombers in January 2007 were not Afghans.”

Taliban commanders have warned that they have more than 2,000 suicide bombers ready to be launched ahead of their planned massive spring offensive.

In sunny Khost province, where the governor’s guards stand at attention with fresh flowers in their hair, the relatively new phenomenon of suicide bombing has angered residents and altered shopping habits.

One local religious leader refers to the suiciders, who stream in from Pakistan on foot, on bicycle and on motorcycles, as Osama bin Laden’s “bastard children”. Locals say many of the bombers are war orphans raised in virulently anti-American madrassas, or religious schools.

“They don’t have a family, and so al-Qaeda and rogue elements in Pakistan’s intelligence agencies nurture them and instill in them wills of steel,” said Major Bismullah, a former intelligence official in Khost who now acts a police chief on Khost’s newly paved “suicide highway”.

As elsewhere in the Islamic world, al-Qaeda is a facilitator of terror, rarely the direct instigator. Bin Laden’s experts corral anti-American sentiment within disparate, home-grown Islamic groups and launch young men over the mountains toward martyrdom. At least some of them are being pushed across the border with a blessing from Egyptian Dr Ayman al-Zawahiri, bin Laden’s wizened and bespectacled ideological lieutenant, says a senior Afghan intelligence official in Kabul.

In Khost, three major mountain passes link Pashtun tribesmen across the disputed Durand Line that separates Pakistan and Afghanistan. But there are dozens of buzrao, or goat paths, which bombers can navigate unseen by border guards. One lost bomber is known to have stopped to ask a group of small children for directions to downtown Khost. At least two recent bombers arrived at their target on bicycles.

“The other side of the border is heavily populated and there is a concentration of extremist religious schools there,” said Khost Governor Arsallah Jamal. “We are an ideal target because they can simply walk into a booming metropolitan area from Pakistan within hours.”

More than 1,000 persons cross legally every day from Pakistan into Khost. Even if the Afghans knew who the bombers were, they would be hard pressed to “catch up to their Japanese motorcycles on our cheap Pakistani imitations”, said Major Bismullah, who travels to and from work with his two heavily armed sons. None of the bombers entering Khost has been captured alive, a credit to their well-crafted detonation devices that allow them to blow themselves up by pressing a button – usually positioned on the arm or wrist.

“The only thing left of them after they are done is two feet and a lot of skin,” complained the major. “If we get a finger, we have to send it to Kabul to analyze the prints.”

American soldiers in the 82nd Airborne have been trained in advance of their deployment to spot suicide bombers and deal with them accordingly, said Lieutenant-Colonel Scott Custer, the unit’s combat operations chief in Khost.

“We look for gestures in their eyes,” Custer said, adding that it was not blind luck when a young US sergeant spotted a bomber late last month disguised as a surgeon at a dedication ceremony for the recently renovated Khost hospital.

“He spotted his nervousness and shouted for him to halt,” said the colonel, who witnessed the attack. The Afghans had time to scatter and the sergeant, later rewarded for his bravery, tackled the bomber and shot him once through the leg before retreating as several US officers riddled the bomber with machine-gun bullets. In his death throes, the bomber was able to clasp his hands together and detonate his explosives, causing only minor injuries to the tackler and bystanders.

Afghan and US officials now believe that an accomplice had dropped the suicide vest off in the hospital before the ceremony.

With the knowledge that it is rare to catch a bomber before he blows, the US government in conjunction with Afghan authorities has launched a rewards program for information leading to the arrest of bombers. The efforts have provided mixed results. One villager, who said he had identified a bomber before he exploded himself harmlessly on a hilltop, said he is still owed US$9,000 for identifying the attacker and initiating a chase.

Governor Jamal also uses billboards, rewards and public rallies in an effort to curtail the bombings. The billboards depict a bomber and warn that it is Islamic sacrilege to kill oneself in such a manner. Suicide bombing as a tactic of war was unheard of in the long Afghan jihad against Soviet aggression, when residents in Khost prided themselves in shooting down helicopters and ambushing foot patrols.

At a recent rally of tribal elders in the soccer stadium, the governor asked the US military to back off from security detail as a way of showing that Afghans are taking the lead in fighting the phenomenon.

Authorities in Pakistan, though, take the opposite tack.

In Waziristan, al-Qaeda and Taliban leaders, mimicking similar martyrdom celebrations in the West Bank and parts of the Arab world, throw lavish parties for the families of the bombers, said Afghan intelligence officials.

But such morbid celebrations for the departed do not necessarily soothe the hearts of relatives. A religious leader in Khost recounts the story of an Afghan father in Waziristan. He had just sent his son off to a madrassa and left to work in Saudi Arabia to support the family. When he returned, he asked the mullah at the madrassa how his son had done in school. The mullah said, “He has done so well that he has been sent to heaven.” The father collapsed and began to pull out his hair.

Philip Smucker is a commentator and journalist based in South Asia and the Middle East. He is the author of Al-Qaeda’s Great Escape: The Military and the Media on Terror’s Trail (2004). 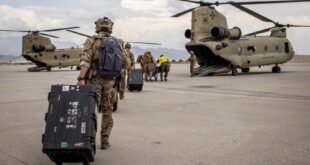 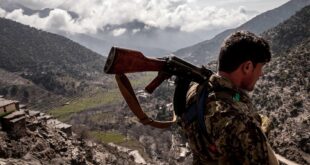 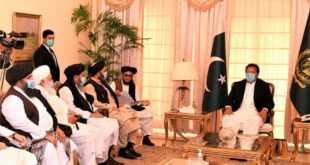