By the Bush administrationâ€™s standards, Defense Secretary Robert Gates was remarkably candid last week: acknowledging that popular opposition in Europe to the Iraq war was making it harder to persuade European governments to send more troops or take more risks to salvage Afghanistan.
Nearly everything about President Bushâ€™s botched war of choice in Iraq has made it much harder to win Afghanistanâ€™s war of necessity. The fact that Mr. Gates is permitted such truth-telling is a measure of how bad things have gotten in Afghanistan and how much the United States needs more outside help.

To help beat back a resurgent Taliban, countries like Germany, France, Spain and Italy must agree to send more combat troops and lift restrictions on where and how their forces would operate â€” including bars on deployments to the south where the fighting is heaviest. The United States and Europe also need to come up with more cash and a better nation-building strategy. All these problems need to be addressed before the spring when a new Taliban offensive is likely.

A NATO failure would obviously be devastating for Afghanistanâ€™s people, but it also would be dangerous for Europe, which relies on the alliance as its principal means of deterrence and defense. The intra-NATO resentments have gotten so bitter that Canadaâ€™s prime minister, Stephen Harper, has said that he will withdraw his 2,500 troops â€” the Canadians have suffered heavy losses â€” as scheduled next year, unless other members ante up another 1,000 troops.

As Mr. Gates rightly noted, Afghanistan is not Iraq. It is a war that began in response to a terrorist attack on the United States, and the fight to defeat the Taliban is fully backed by international law, the United Nations and is a solemn legal commitment of NATO.

Europeâ€™s failures in Afghanistan go far beyond disagreements over Iraq. Many European countries are not fully prepared to fight. The size of their armies, their training, their equipment are all insufficient for 21st-century conflicts, and their citizens are deeply casualty-averse. That is not surprising since many European leaders have not told their voters why winning in Afghanistan is essential.

Mr. Gates has tried to deliver that message this week, warning Europeans that their own security from a terrorist attack depends on NATO prevailing in Afghanistan. Europeâ€™s own leaders need to be making that case.

Mr. Gates might get further if he also acknowledged that even before NATO got involved, Washington never had enough troops in Afghanistan or a coherent strategy for stabilizing the country. That is probably too much to ask from Mr. Gates, who on Monday proved that he is still a full team player by suggesting that troop reductions in Iraq may not come down much below their presurge levels.

Having told at least one difficult truth on his way to Europe, Mr. Gates should be prepared to tell a few more when gets home. He can start by telling President Bush that a good part of the problem in Afghanistan is manufactured in Pakistan, which continues to give Al Qaeda and the Taliban sanctuary in its border regions. Mr. Bush needs a Pakistan strategy â€” and for that Europe canâ€™t be blamed. Mr. Gates should also tell the president that so long as American forces are tied down in an unwinnable war in Iraq, there is little hope of winning in Afghanistan.

Taliban Pledge No Retaliation Against Afghans Who Worked for Foreign Troops

Official: US Pledges $3.3 Billion in Funding for Afghan Forces 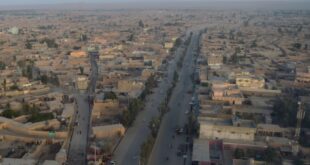