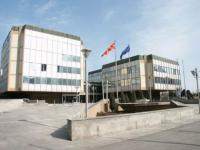 Rescinding recognition of Kosovo as an independent nation is “not an option”, Xhaferi told reporters, adding that the government, on the contrary, was working to improve relations with its neighbor.

Janusz Bugajski from the Centre of International and Strategic Researches in Washington set the record straight on Wednesday, after claiming he had been wrongfully cited by Kosovo’s Koha Ditore daily yesterday as saying that Macedonia might rescind its recognition of Kosovo. His statement had been picked up by local news agencies, sparking intense speculation.

“I did not say Macedonia could withdraw its recognition of Kosovo,” he told Illyria, a New York-based Albanian-American newspaper.

While many in Skopje were uneasy about recognizing Kosovo, “they also know that it is not so simple to backtrack once the decision has been made,” Bugajski was quoted as saying. “The hopes to renew the integration process with NATO and the EU, and the uneasy relationship with the large Albanian minority are among the factors that guarantee that recognition is there to stay.”

Relations between the two countries cooled last week when Kosovo President Fatmir Sejdiu canceled his visit to Macedonia after Skopje downgraded the event from an “official” to a “working” visit.

Skopje argued that the decision was made because the country had not yet established full diplomatic ties with Pristina, although it did recognize Kosovo’s independence in October 2008.

Observers say Skopje is trying to balance the need to maintain good relations with both Kosovo and Serbia, which strongly opposes the independence of its former province. Macedonia has significant economic ties with both states.

Bugajski also told Illyria that the canceled visit was more likely to harm fragile inter-ethnic relations in the country between the ethnic Macedonian majority and the ethnic Albanian minority, which comprises one-quarter of the population and has strong ties to Kosovo.

“If it becomes part of a pattern of placating Belgrade at the cost of Kosovo,” this could ultimately cause the ruling coalition of the centre-right VMRO DPMNE and the Democratic Union for Integration, DUI, the largest parties from both ethnic campuses, to crumble, he warned.

In 2001, the country experienced an ethnic Albanian insurgency against the state that ended the same year with the signing of the Ohrid peace accord granting greater rights to ethnic Albanians.