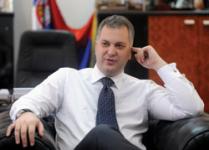 Serbian Defence Minister Dragan Sutanovac told Parliament yesterday that the government was in full compliance with a parliamentary ruling on military neutrality, underlining his ministry’s commitment to membership responsibilities in NATO’s Partnership for Peace, PfP, programme.

Discussing recent military exercises held in Georgia from May 9 to June 1, Sutanovac said Serbia’s initially intended participation in these controversial exercises had been in accordance with PfP stipulations.

The Serbian Radical Party attacked Sutanovac on the issue, with MP Boris Aleksic pointedly asking why the agreement had later been rescinded, and why that information had been kept from the public.

Sutanovac rebutted that when the offer for Serbia’s participation had first arrived from Brussels, it was not clear exactly where the military maneuvers would be held, and thus the invitation was tentatively accepted.

Once it became clear that the exercises would be held in Georgia, Sutanovac explained that they had decided not to participate for political reasons and because of Serbia’s close relationship and diplomatic cooperation with Russia, which strongly opposed the military exercises in its own backyard. The defence minister also said that budget restrictions were a factor in the decision not to participate in the exercises.

Aleksic further questioned Sutanovac as to why Serbia had been selling weapons to Georgia, which last August was involved in a military conflict with Russia. Sutanovac responded, saying that Serbia had not condoned Georgia’s actions in the conflict, nor had it officially or unofficially supported either Russia or Georgia in the conflict.

Sutanovic further said that in recent history, Serbia’s Defence Ministry has been in full cooperation with the US, stressing that Serbia’s military and defence policies in no way threatened or provided any obstacles to the country’s EU aspirations, and that Serbia remains committed to its policy of military neutrality.

In related news, Sutanovac today is scheduled to open the 4th Fair of Armament and Military Equipment, which will gather 75 domestic and international exhibitors from 13 countries from June 2-5 at the Belgrade Fair.

Over 90 per cent of Serbia’s armament production is earmarked for export, with last year exports amounting to nearly $400 million, the largest since 1991.