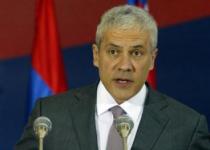 Serbian president Boris Tadic told media in Novi Sad on Saturday that an equal regional development of Serbia should in no way postpone or halt the adoption of the draft Vojvodina Statute in Parliament.

“Equal regional development is a subject that requires a serious democratic debate in the years to come,” said Tadic, leader of the national ruling DS party.

He made this comment while addressing a gathering to celebrate the 15th anniversary of the foundation of the Alliance of Vojvodina Hungarians (SVM). The Alliance focuses on preserving Hungarian cultural identity in Vojvodina. Hungarians make up a large minority in the region and are involved in developing educational systems and cultural institutions.

Tadic explained that the statute draft and accompanying jurisdiction laws should be developed in line with the national Constitution and laws of Serbia. The process of regionalisation and the passing of the statute should be complementary to statehood.

“Balanced regional development is a topic that deserves a serious democratic discussion over the next few years,” Tadic continued.

Tadic was not clear on when the document is scheduled to be adopted in Parliament.

The Vojvodina Statute specifically deals with the law on transferring jurisdictions in a move toward decentralisation.