Serb ForMin: Serbs Are Not Welcome In Croatia 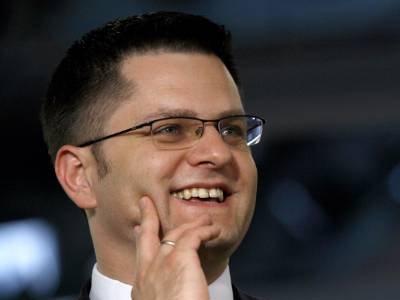 Serbian Foreign Affairs Minister Vuk Jeremic gave an interview to the Press paper on Sunday, explaining the country`s foreign affairs goals, the issue of Kosovo, the economic situation and the political situation linked with Croatia.

– The economic situation is extraordinary difficult, but our citizens have experienced difficulties before – Jeremic said.

Although international relations have changes, Serbia still sees the defence of its territorial integrity as its main goal, along with speeding up the European Union integration process and the establishment of goo relations in the region.

As an example of good collaboration in the region, Jeremic mentioned excellent co-operation of the Serbian and Croatian police on the Ivo Pukanic case, but points out that despite good co-operation regarding this issue, there are many situations where the two countries do not see eye to eye.

– The issue of police collaboration is far more unburdened than the issue of collaboration in the political scope. We have many outstanding issues with Croatia. Unfortunately, none of them have been closed, despite great will on Serbia`s behalf and at least announced, best will on Croatia`s behalf. When it comes to collaboration in security issues, fighting organised crime above all, things are much easier here, because it is the interest of both countries to fight this threat. Politically and diplomatically speaking, things are a lot harder. I reiterate, we have a lot of serious outstanding issues with Croatia – Vuk Jeremic told the Press daily.

According to the Serbian foreign affairs minister, the advertisement which invited Serbian citizens to come to the Croatia on a holiday did not encounter positive feedback. Slogan “So close and so beautiful” clearly was not reason enough to attract Serbs to Croatia. When asked about the campaign, Jeremic said he was not convinced by the campaign.

– I was personally not convinced. In my opinion, the citizens of Serbia need to go on a holiday where the location matches their material options and where they feel safe and welcome – Jeremic said.