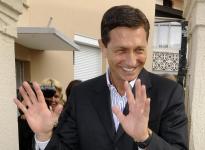 The former head of the Croatian-Slovene commission for borders, Peter Tos, believes joint governance is the key to solving the countries’ grinding border dispute, Javno reports.

Tos presented his vision for the resolution of the border issue in an interview with Slovenia’s Dnevnik daily, saying, “the optimal solution would be a condominium over the Savudrija Cove” – also known as Piran Bay.

Tos said the establishment of a condominium would allow the Slovenes greater access to the Adriatic and fisheries without the transfer of disputed Croatian territorial waters to Slovenian suzerainty.

Tos believes that Kosor’s rise to power may well signal that a breakthrough is near, without the help of a third party. The EU washed its hands of the feud after failed mediation efforts.