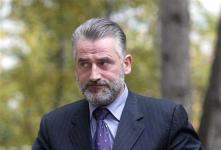 Albania should block Macedonia’s NATO accession if Skopje continues to neglect its large Albanian community, the head of an ethnic Albanian party in Macedonia says.

“I changed my mind, scared that he could misunderstand me”, Thaci told the media, “but I made up my mind to mention this to him the next time we meet”.

Thaci, whose party was previously part of the ruling coalition, now accuses his former coalition partner, the ruling centre-right VMRO-DPMNE, of promoting ethnocentric policies that favour the ethnic Macedonian majority.

Albania and Macedonia were initially slated to receive an invitation to enter NATO in 2008, but Macedonia was left out due to Greece’s unwillingess to allow its neighbour to enter the alliance while the countries’ naming dispute remains unresolved.

With the eighth anniversary of the Ohrid peace accord approaching, Thaci reiterated that he believes that stipulations therein concerning the promotion of the ethnic Albanian community’s rights remain unfulfilled. The accord ended the 2001 ethnic Albanian insurgency and ostensibly paved the way for biculturalism.

“This agreement doesn’t function”, Thaci said, adding that a superseding deal should be created that would supplement the accord.

Despite recent calls from the EU ambassador to the country, Erwan Fouere, that the DPA not boycott parliament, Thaci said that his party has already taken this decision and would not be participating in the legislature from next week “until this government falls”.

The DPA boycott will not harm the government’s work since the party has only three deputies in the 120-seat parliament.

However, observers are concerned that the move could harm the country’s EU accession process by ruining the impression that positive inter-party dialogues exist. This is one of the benchmarks that the EU requires of Macedonia.

Thaci’s critique comes only a couple of months before the European Commission publishes its annual report on the country’s reform progress this autumn. Skopje hopes the report will include a recommended date for the start of EU accession talks.

Since Macedonia became an EU candidate in 2005, the EC has refused to recommend the start of the talks three years in a row, citing insufficient reforms.