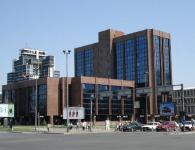 A Macedonian court’s decision to send a Macedonian resident with Bulgarian citizenship to jail is sparking mutual recriminations.

Sofia complained about the alleged harsh treatment meted out to its citizens after Spaska Mitrova was subsequently sentenced to 3-months in jail earlier this month. This, because she would not let her ex-husband see their two-year-old daughter.

Skopje claimed that there was nothing wrong with the verdict since the crime was committed in Macedonia.

Macedonia’s Foreign Ministry rejected the Bulgarian reaction to the case on Thursday, saying it was unreasonable and wrong, local media reported.

This sparked a harsh reaction from Bulgarian officials, who raised questions concerning the wider treatment of Bulgarians in Macedonia. The Bulgarian government has demanded an explanation for the court’s ruling, saying it was suspicious that she had been jailed solely because she was publicly identifying as a Bulgarian despite being born in Macedonia.

Mitrova reportedly studied in Bulgaria and only gained Bulgarian citizenship after the sentence was handed down through Ratko, the Association of Bulgarians in Macedonia.

Skopje has rebuffed Bulgarian claims of political interference in the trial, arguing that it is a simple court case that should have no impact on the countries’ relations.

The Macedonian Foreign Ministry reported Thursday that its officials had presented the trial records to a representative of the Bulgarian embassy in Skopje. The ministry said that the case was conducted “in total accordance with international legal standards”.

Macedonian Ambassador to Bulgaria Divna Trickovska also met with a representative of the Bulgarian Foreing Ministry concerning the Mitrova case, the ministry informed.

“Macedonia is a democratic country with [an] independent judiciary […] Therefore there are no grounds for the verdict to be changed,” Trickovska was quoted by Makfax news agency as saying.

Macedonia and Bulgaria have good political relations but both countries have different, if not contradictory, readings of their respective histories, viewing many historical figures celebrated in both states as exclusively their own. Many Bulgarian historians still claim that Macedonians are of Bulgarian ethnic origin; something that displeases Skopje.

Bulgaria was among the first countries to recognise Macedonia’s independence from Yugoslavia in the early 1990s, but does not recognise the existence of the Macedonian language as separate from Bulgarian.

Bulgaria continues to support Macedonia’s visa liberalisation and its EU and NATO entry, the Bulgarian Foreign Ministry said in a statement. However, the ministry expects an open channel of communications to be established, so that they can contact maintain contact with Mitrova.

The Bulgarian ministry argued that Macedonian citizens who have Bulgarian roots should not be regarded as the country’s opponents, but as its connection to the EU and Bulgaria.