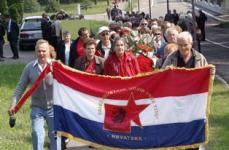 The Serbian Justice Ministry has announced that a state commission will be formed by September to mark out uncovered mass graves from 1944-46, daily Danas reported Thursday.

“The forming of this commission is good for our own awareness, as Serbia is unfortunately still split over the Partisans [a communist-led resistance movement] and Chetniks [a nationalist/royalist paramilitary organisation]. Discussions are the only way to deal with those events, placing them in their appropriate place in history,” the daily quoted ministry State Secretary Slobodan Homen as saying.

As one of the first commission’s duties, Homen has started monitoring archives, finding lists of those who were murdered. Many of the victims were allegedly killed without trial.

Additionally, commission representatives should go to locations where these people were shot, he said.

Danas reports that the commission will collaborate with various NGOs and historians, legal experts and forensic scientists.

As a government body, the commission will act as an independent organ on which all relevant institutions – including parliament, the Commission on Missing Persons, Chief Prosecutor’s Office, museums and historical institutes – will have representatives, the newspaper reported.

Homen added that similar commissions exist in all other former Yugoslavian countries. Slovenia has gone the furthest, discovering over 200 mass graves. He believes Serbia will find even more.