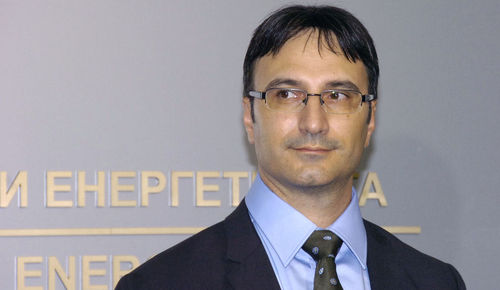 In an interview with bTV, he downplayed speculation that the country must bring the proposed station onstream if it is to guarantee supplies by 2020.

Supporters of the 2000 MW Belene project, which is meant to offset the loss in generating capacity at the Kozloduy nuclear power facility following the premature closure of two pairs of 440 MW reactors, warn that idling the units in Bobov Dol, Varna and Maritsa 3 Dimitrovgrad coal-fired power plants would leave the country with a 1500 MW capacity shortfall.

The Belene scheme is estimated at 10 billion euro, a whopping increase on the four billion euro price tag set by the former cabinet of socialist leader Sergei Stanishev.

The next steps the new Government will take about the Belene scheme will be spelled out by the end of September, Traikov said. A financial and economic study is underway on the project. Unless the state throws its weight behind the 51 per cent stake state-controlled grid operator NEK holds in the future project company, the scheme will collapse, he said.

Meanwhile, the issue of electricity supplies to the deregulated market sparked a fiery exchange between Ivan Genov, executive director of the Kozloduy nuclear plant and energy minister Traikov.

Power trading on the free market provides the nuclear facility with proceeds to cover losses from supplies to the domestic market, Genov told Bulgarian National Radio.

The company posted a six-month profit of 54.3 million leva but has incurred a 35 million leva loss from selling energy at tariffs determined by the energy watchdog, he said, adding that the plant loses 10 leva on each supplied MW. The plant feeds about 60 per cent of its output into the national grid operator NEK.

On August 19 2009, Traikov said that Kozloduy had signed contracts that did not fully protect its interests and has picked traders to supply power to on fuzzy criteria.

The company accounted for the absence of tenders with the policy of the State Energy and Water Regulatory Commission (SEWRC) to set the quotas for supplies to the deregulated market twice a year.

Speaking to Dnevnik, Genov said that this is the first time they had invited traders to request volumes and prices for September for 200 MW available for export.

Rates on the regional market hover around 30 to 35 euro a MW at the moment. Companies say electricity supplied by Kozloduy is 50 per cent more expensive than regulated prices.

We set prices in the dark and keep them intact until traders start giving up the volumes, Genov said. The selection criteria involve desire and sufficient free volumes on the part of companies.

Traikov said that the Bulgarian Energy Holding, the parent company of the Kozloduy plant, should make a decision to dismiss Genov.

On August 19, Genov interrupted his holiday to announce that he would table his resignation as he felt insulted by the minister’s statement he had failed to defend the plant’s interests.

“If someone thinks I’m not in their team, let them just come out and say to me, ‘We have a good manager for Kozloduy NPP, you will be sacked,” he said.