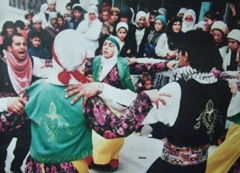 Turkey has begun restoring names of Kurdish villages and is considering allowing religious sermons to be made in Kurdish as part of reforms to answer the grievances of the ethnic minority and advance its EU candidacy.

Prime Minister Tayyip Erdogan has said his government will push democratic reforms to address decades-old grievances from the Kurdish population and help end the conflict between the state and separatist guerrillas.

Erdogan, who has given few details on the measures and their timeframe, is seeking public, military and parliamentary support for his “Kurdish initiative”, aimed at persuading Kurdistan Workers’ Party (PKK) rebels to lay down arms and end an insurgency that has killed some 40,000 people.