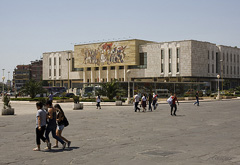 The statement came after the opposition Socialist Party decided to boycott the constitutive session of parliament, blaming the government of election fraud.

Berisha said the main objective of Socialists’ leader Edi Rama is to thwart the free movement of Albanian citizens, adding that the party did same things at the signing of Stabilization and Association Agreement (SAA) with the European Union.

The prime minister made it clear that the new government of Democratic Party and the Movement for Socialist Integration prioritizes Albania’s integration into the EU despite opposition’s attempt to hurt the country.

President Bamir Topi is set to convoke a constitutive session of parliament on September 7.