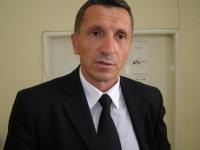 The Presevo Valley should be a separate region inside Serbia, since existing administrative divisions do not protect minority rights, the president of Bujanovac municipality, Shaip Kamberi, tells daily Politika.

“Even though the Serbian government disagrees, we consider that a region, which would recognise language, religious and other diversity, would be a mechanism for ethnic Albanians from Presevo to [gain] their legitimate rights,” Kamberi said.

He added that ethnic Albanians in the area insist on the principle of reciprocity, in demanding the same rights as Kosovo Serbs enjoy in Kosovo.

Presevo Valley is an Albanian name for the region between the municipalities of Presevo and Bujanovac in southern Serbia. The region borders Kosovo and Macedonia, where ethnic Albanians form a majority.

The area experienced armed clashes in 2000 and 2001 between Serbian security forces and ethnic Albanians insurgents, that were ended with the mediation of the international community and NATO.

Kamberi said that ethnic Albanian leaders cooperate with officials in Tirana and Pristina, even though the official Serbian stance is non-recognition of Kosovo’s independence.

“Ethnic Albanians have the right to collaborate with Pristina and Tirana, just like Serbs who live outside Serbia are in touch with their home country,” he said.

Sejdiu reported that they had discussed various issues, but that the main focus of the discussion had been on Serbia’s failure to recognise degrees issued by the University of Pristina to students from the Presevo Valley area.

Ethnic Albanians from southern Serbia are forced to study in Kosovo, Albania or Macedonia, as there is no university in Serbia that teaches in the Albanian language.

“Regardless of Serbia’s current stance, not to recognise Kosovo’s independence, we do and will cooperate with Kosovo institutions, particularly in the fields of education, culture and information,” the daily quoted Kamberi as saying.

He said that Presevo Valley representatives cooperate well with the head of the government’s Coordination Body for Southern Serbia, Milan Markovic. An initiative to resolve the problems concerning education and the integration of Serbia’s ethnic Albanians has been launched.