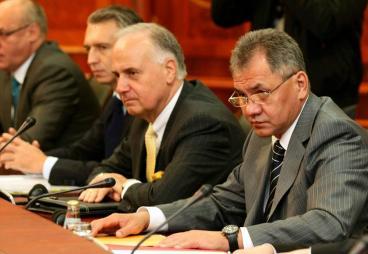 Russian Emergency Situations Minister Sergei Shoigu says that Serbia, as a part of Europe, will be part of a common European security concept.

He refused to get into details regarding the concept after his meeting with Serbian Interior Minister Ivica Dačić, and advised journalists to them to ask Russian President Dmitry Medvedev, who was in Serbia yesterday.

“It is best to ask Medvedev about it, because he has discussed it several times, even in detail recently, so I would not like to give any misinformation on the issue,” Shoigu said.

Dačić added that the Russian minister had not discussed the new European security concept because “that is not in his remit.”

Shoigu and Dačić signed a plan on organizing and launching the first phase of the development of a humanitarian center for emergency situation reaction in Niš, southern Serbia.