Kouchner: This is not the right time for Serbia to submit EU membership application 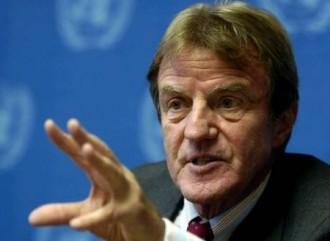 French Foreign Minister Bernard Kouchner said that now is not the right time for Serbia to submit its EU membership application.

He also said that there are no signs Interim Trade Agreement between Serbia and EU to be unfrozen.

Kouchner said that France supports Serbia on its EU path and reminded that Ratko Mladic release caused Netherlands to refuse to change its position and block the running of the trade agreement.

“We respect and understand the county’s interest, concerning human right issue. In my opinion this block won’t last too long. That is entirely apolitical”, French Foreign Minister said.

He pointed out that due to the present obstacle Serbia won’t be able to submit its EU membership application. Kouchner added that he won’t advise Serbia to do so, before the signs Interim Trade Agreement between Serbia and EU is unfrozen.