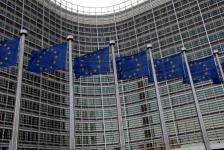 EU officials in Brussels urged Albania on Monday to hasten the reforms necessary to lift the current visa requirements for its citizens, in order no to miss on the next wave of visa liberalisation in the Balkans.

“You help us, we will help you,” was the message of the general director of emigration and asylum in the Jan Louis De Brouwer, for Albanian Foreign Minister Ilir Meta.
According to De Brouwer, Albania had made signification efforts in implementing legislation necessary for visa liberalisation road map, but efforts to implement the changes must be strengthened.

“This process is clear, objective and transparent,” added De Brouwer.

On 15 July 15, the European Commission proposed that three western Balkan states: Macedonia, Montenegro and Serbia, be included in the Schengen visa-free scheme.
While only Macedonia has met all benchmarks, Serbia and Montenegro were also granted entry into the visa liberalisation regime.

The European Parliament has criticised the recommendation to exclude Bosnia from the first wave of invitations.